Although vintage Eberhard Faber Mongol and Colorbrite colored pencils seem to be a dime a dozen on eBay, the Eberhard Faber Colorama name was unfamiliar to me when a new old-stock set crossed my radar. As usual, I couldn’t find much historical information about it, but the logo and other branding look similar in age to the Mongols and Colorbrites.

The set of 12 came in a hard plastic box (which I think has yellowed with age; I’ve seen Mongols in boxes like these too, and they look similarly yellowed). I must give kudos to this eBay seller – although unsealed, these were possibly the cleanest vintage pencils I have ever purchased! (I have purchased other supposedly NOS pencils that were dusty or grimy.) I took a moment to admire them in their pristine, unsharpened state. 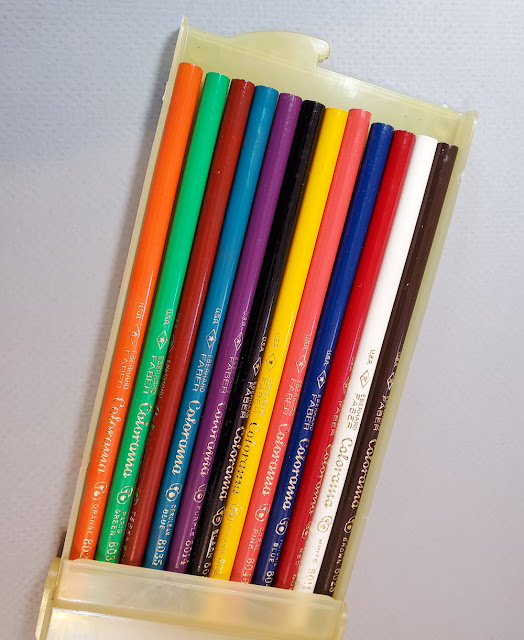 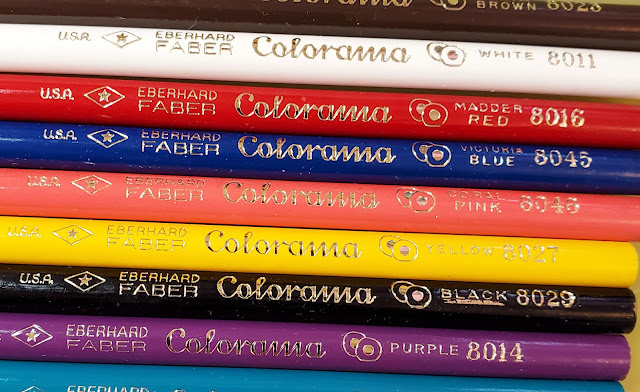 As lovely as they were in their mint condition, I buy vintage pencils to use (if only to satisfy my curiosity about what they are like). After a bit of reverence, I sharpened them all up – and what a joy that was! Look at the clean, beautiful points I got from my Carl Angel Royal sharpener! Be still, my heart. 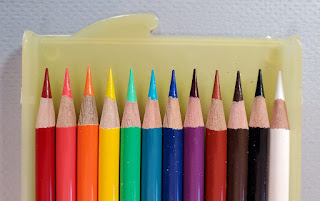 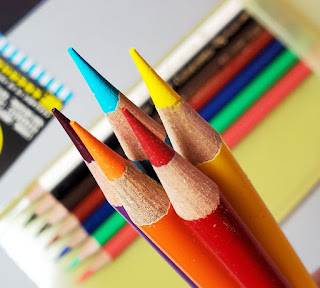 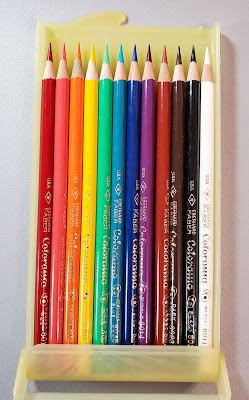 The cores are much thicker than Mongols and Colorbrites. The unfinished ends make it easy to see their diameter.

Similar to many colored pencil sets of this era, the box lid flips around to form an easel.

My initial swatches made me hopeful – pleasantly soft and with good pigment for colored pencils of this era. Although they are much softer than Mongols and Colorbrites, they are not as soft as the Eberhard Faber Design pencils of the same era.

When I sketched my hand holding the garlic (is garlic the new apple, my previous colored pencil-testing standby?), however, I became a bit frustrated that I couldn’t build up enough pigment in the darkest cast shadow areas. I ended up adding black over the blue. By vintage standards, the Coloramas are better than most, but perhaps they were intended for students and coloring book users while the Eberhard Faber Design (and later Design Spectracolor) pencils were intended for artists and other professionals.

Even if I won’t be using them regularly, the Coloramas are a lovely set that I’m happy to add to my vintage collection. 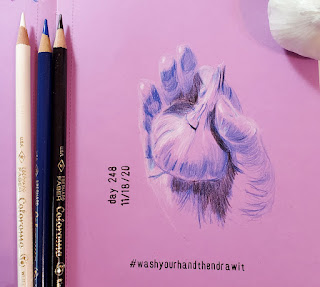 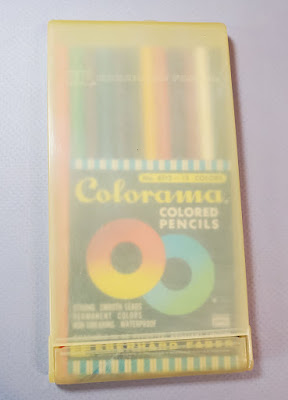