My memory life-drawing practice continued last Friday on Zoom. As I did previously, I used the five-minute poses for the practice, but I changed my method a bit. This time, I used a brush pen, which is much faster than pencil. I still studied each pose for about two minutes before drawing, but after I covered the screen, I sketched first from memory, probably for about a minute or so. Then I uncovered the screen and sketched again for the time that remained, this time from observation as usual. In each pair shown below (using red brush pen), the drawing on the right was from memory, followed by one from observation on the left.
I thought this process would be informative in showing me the ways in which I have difficulty drawing from memory. Even though I made a conscious effort to study Shawna’s proportions while I viewed her, it’s clear in each case that my proportions were way off in the memory drawings but better in the observed drawings. I also found it amusing that in at least one case, if I couldn’t remember a detail, I made it up! So I guess that would be drawing from imagination! It was another grueling but extremely useful workout.

The remaining five-to-20 minutes poses were done from observation only (watercolor pencil). Shawna’s brightly colored outfit was fun and festive for the day before Halloween. 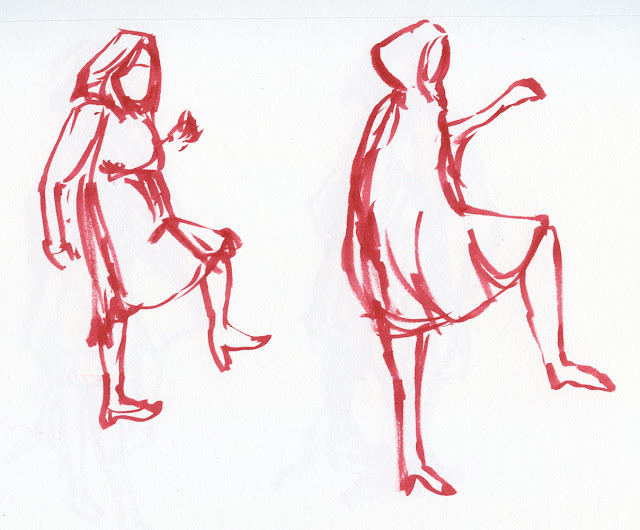 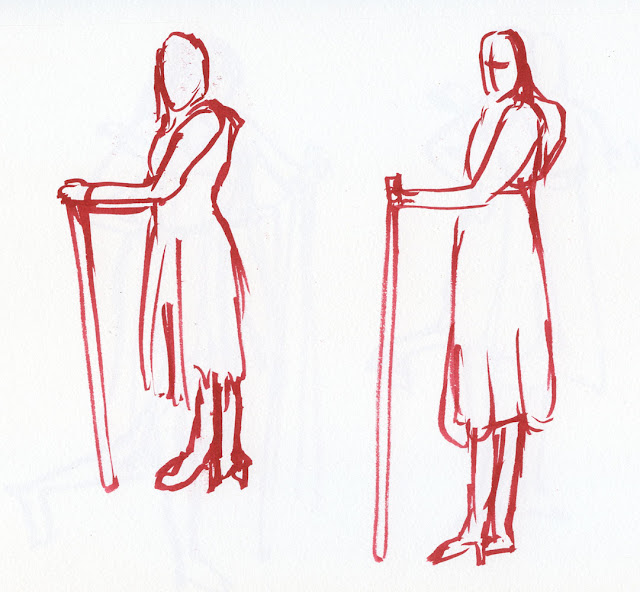 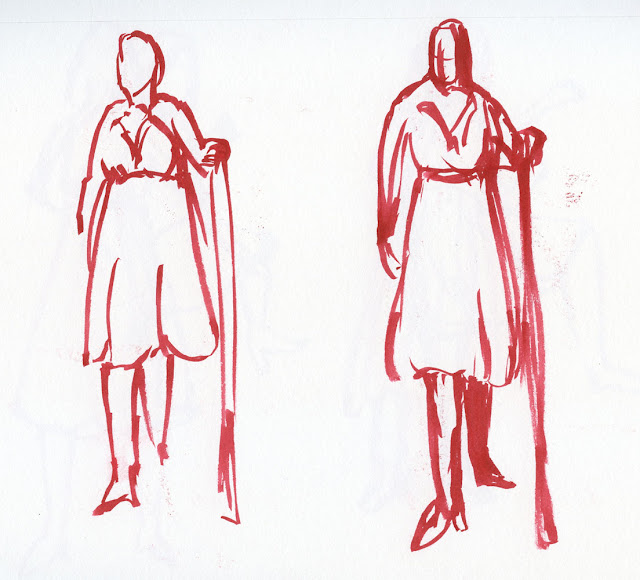 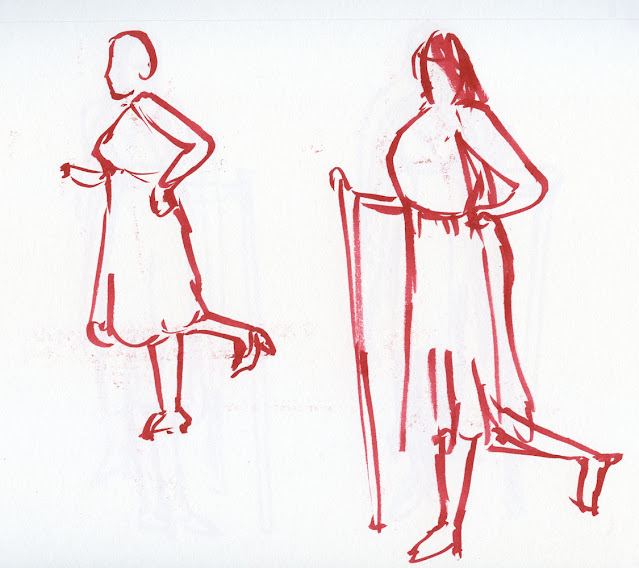 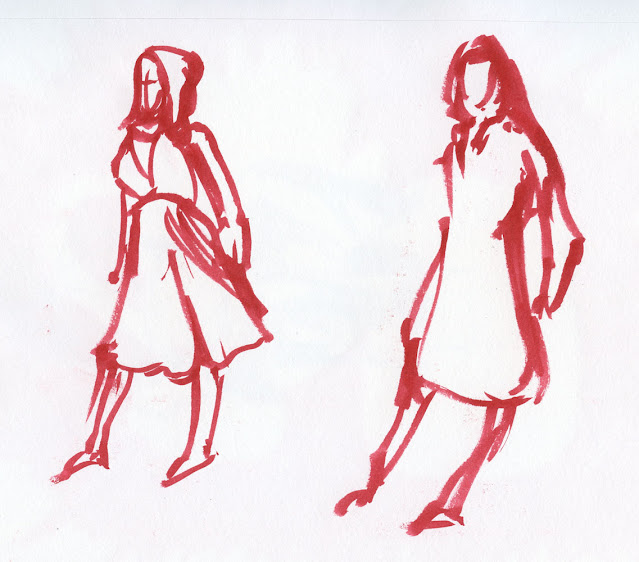