Despite its name, the Maple Leaf neighborhood doesn’t have as many maple trees as I would like at this time of year. (According to local folklore, our neighborhood got its name for being the farthest north in the city, hence, closest to Canada. But Northgate is farther north, so that doesn’t make sense. Sounds like urban legend to me.) I’ve been peeping as many as I can on my daily walks, and if I can get close enough to examine their leaves, I can see differences in varieties. Most are the kind with palmate leaves (shaped like hands), but I’ve spotted a few with a very different kind of leaf. I have so many plant-knowledgeable friends on social media that all it took was a post of images to get a quick ID: These leaves belong to the Acer ginnala variety, or Amur maple. The serrated leaf is more elongated than the classic icon on the Canadian flag.

I picked up a few last week to sketch on a rainy day, but they were already getting dried and curled by that afternoon, so I decided I’d better sketch them ASAP. With all that Inktobering last month, I had been jonesin’ for colored pencils! 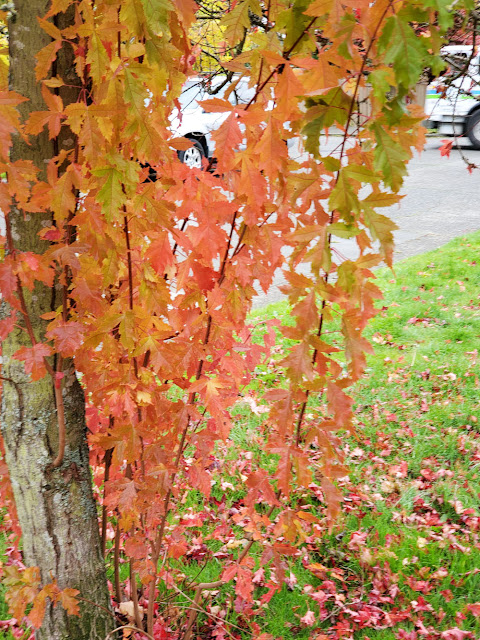 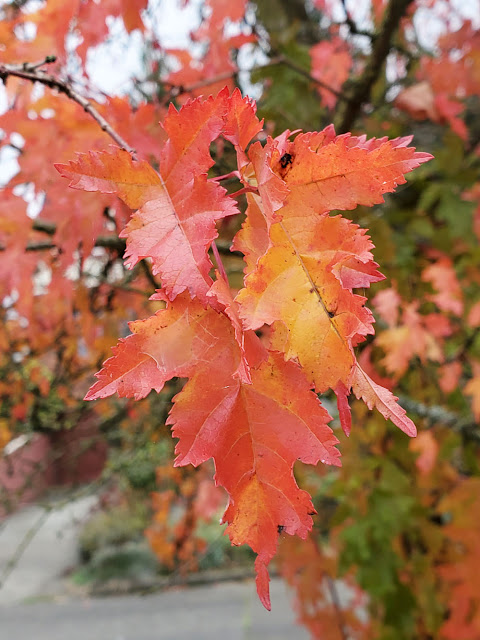