After reading my roundup of favorite colored pencils, I was asked to recommend some that “don’t break the bank.” Admittedly, most of my favorites are what would be considered high end. I’m not someone who buys the most expensive one just because I think it must be “better.” But if you ask for my favorites, I will name the ones that have qualities I either demand or appreciate, and they tend to be qualities that make pencils cost more (high pigment content, for example).

In general, I believe that when it comes to art supplies, it usually makes sense to buy the best quality you can afford for one important reason: Inferior materials often make it more difficult to learn how to draw, paint or otherwise use the material. If you are still just learning, you won’t know if your unsatisfactory results are coming from a lack of skill or simply because your supplies are crappy. In my experience (I, too, paid my dues by thinking I could use cheap stuff “until I got good”), poor quality materials lead to nothing but frustration.

Still, I also know that many people just want to give something a try, and they don’t want to invest in high-end products that they may decide they don’t enjoy using. And I have used enough colored pencil brands to have found some that, in fact, do not break the bank yet still have decent qualities. To go along with last year’s roundup of wallet-friendly watercolor pencils, here are three traditional (wax- or oil-based) pencil lines that are an excellent value for the price (in order of preference).

First up is Blick Studio, which I reviewed a few years ago when I first began using colored pencils seriously. This is the Blick art store chain’s brand made for it by Utrecht in the Czech Republic (recently highlighted in a “notable” post). At half the price of my favorite Faber-Castell Polychromos, the core has a similar hardness and feels nearly as smooth in application, too. They blend and layer beautifully. Along with others, I used Blick Studio pencils in my colored pencil class at Gage a few years ago because some hues in the range fill in gaps that other product lines seem to have.

I’ve experienced a few Blick colors with small gritty bits that I had to work out on scrap paper, but otherwise, this high-quality line is an excellent value. Blick’s site provides lightfast ratings for all colors – an essential feature to be considered artist quality. In addition, all colors are available open stock.

The second pencil is a delightful dark horse – Sivo Vivid made by the Hindustan company of India. At the time of my purchase, I got a set of 36 for about 8 bucks on Amazon. I see that the same set is now 12 bucks, but even so, it’s still a good value. In fact, in my throwdown of cheap colored pencils a few years ago, it came out the winner.

I hadn’t used Sivo Vivid pencils since that throwdown, so I made a new sketch to refresh my memory. As noted in the previous post, the nice thick cores are on the harder side – similar to Polychromos – and they blend and layer remarkably well for such inexpensive pencils. The color range (lots of pinks) might be favored more by pre-teen girls than urban sketchers, and I certainly couldn’t vouch for their lightfastness rating. Other major drawbacks are that they bear no color name or number, nor are they available open stock. My guess is that they are intended for kids, but they sure beat any colored pencil I used as a kid.
Speaking of which, who remembers Crayola colored pencils in the trademark yellow and green box? If you do, then you’re probably wincing at the thought of those hard, dry, unpigmented sticks that were passed off as coloring agents. Give me a crayon instead of those any day! That’s why you’ll be shocked to discover the name of the third pencil in this budget-friendly lineup: Crayola Signature Blend & Shade. A set of 50 goes for $30 at Blick. Not quite as cheap as Sivo Vivid, it’s still a good value. (If you shop for this on Amazon, beware that there’s another Crayola set that’s even cheaper, but I don’t know anything about that one. Look for “Signature” in the name.)

More surprising than the low price, though, is that the Crayola name is on this set, which is unexpectedly pleasant to use. While the Blick and Sivo Vivid pencils are both on the harder side, Crayola Signature is quite a bit softer. Mind you, for this price, you won’t find something as soft and creamy in application as Caran d’Ache Pablo, Cd’A Luminance or Prismacolor. But many less-expensive soft colored pencils are crayony or waxy in a way that feels like successive layers push previous layers around instead of blending with them. Crayola Signature is the best of the cheap soft pencils I’ve tried – they are easy to blend and have reasonably high pigment.

Although the barrels have no color numbers, they at least have color names. I almost always transfer pencils from their original tin or box to a mug or plastic storage bin, and I must have tossed the Crayola Signature packaging because I couldn’t find it. Therefore, unfortunately, I can’t say where they were made, but according to Wikipedia, Crayola colored pencils “are made by Faber-Castell Brazilian plants.”

So that’s my roundup of pencils with high value – very reasonably priced while still being usable. Frankly, the Blick line is a solid, affordable, artist-grade colored pencil that could give Polychromos a run for its money. The other two are definitely not artist grade, but for the price, they are unbeatable. 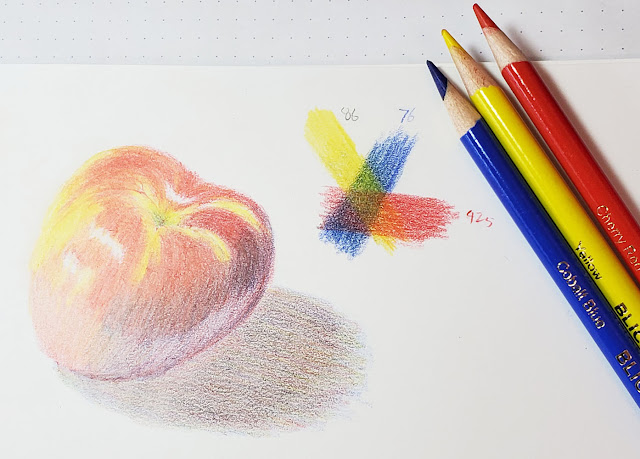 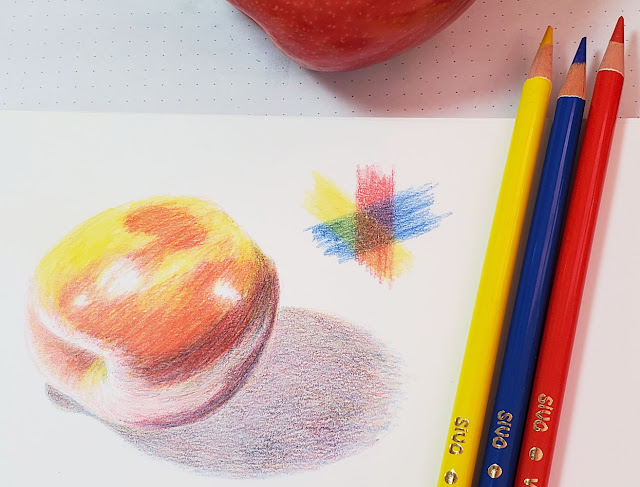 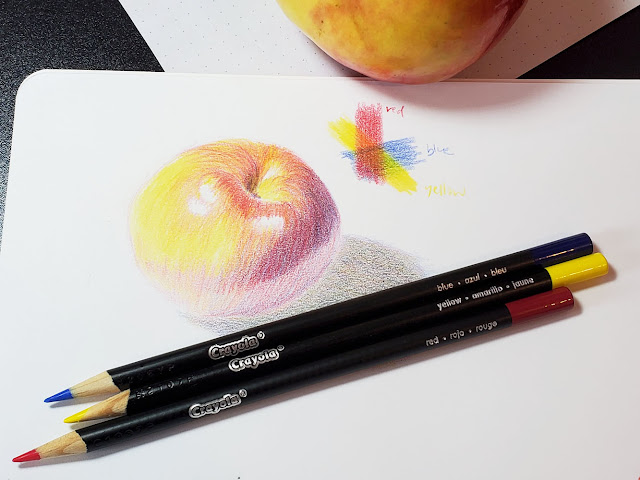