In 2019, Faber-Castell celebrated the 111th anniversary of the German company’s flagship colored pencil, Polychromos, by releasing several limited-edition sets. One set immediately caught my eye: The 12 pencils are three-quarters the size of a standard pencil! How adorable is that! Since it’s one of my favorite traditional colored pencil lines, of course I wanted to help Polychromos celebrate its 111th birthday. (Heck, if I were turning 111, I’d want everyone to help me celebrate, too.)

The tin and the pencil barrel design are a close reproduction of a set that originally came out in 1908. Apparently intended for travel sketching, the set fits nicely in the compact tin, which I can easily hold in one hand. According to the insert, to create an appropriate commemorative design, “We found just what we needed in old product catalogues: presented as a new addition, the Polychromos is offered well-sorted in different packaging and advertised with the colourful image of a spectacular sunrise – the symbol for the start of a new era!”
Although the colors in the set are close to existing contemporary colors, the numbers are different. The short pencils do not include color names, but an included color card indicates that the numbers refer to traditional color names that are no longer used, such as Hooker’s green II and Van Dyck brown. While the glossy round barrel and gold stamping are the same, the anniversary set has an unfinished end (the current Polychromos has a rounded end cap with a gold band).

For a colored pencil historian, perhaps the most useful part of the commemorative set is the insert that includes a Polychromos product timeline showing packaging designs from the past 111 years. If I ever decide to collect Faber-Castell colored pencils the way I collect Caran d’Ache, it will be invaluable to my research. 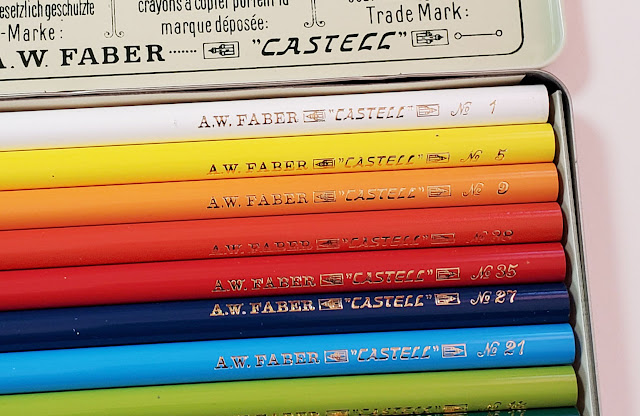 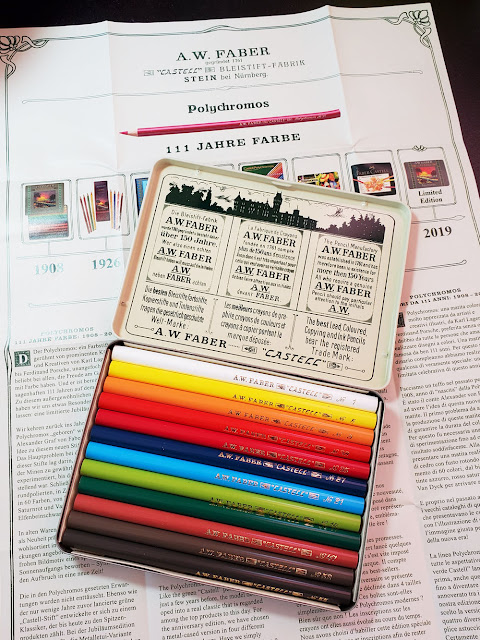 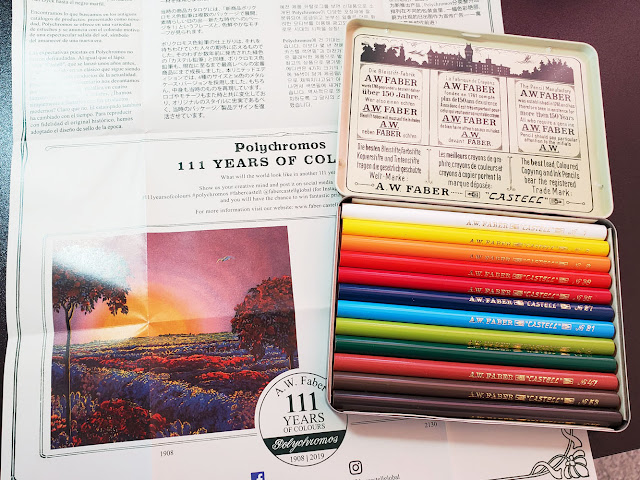 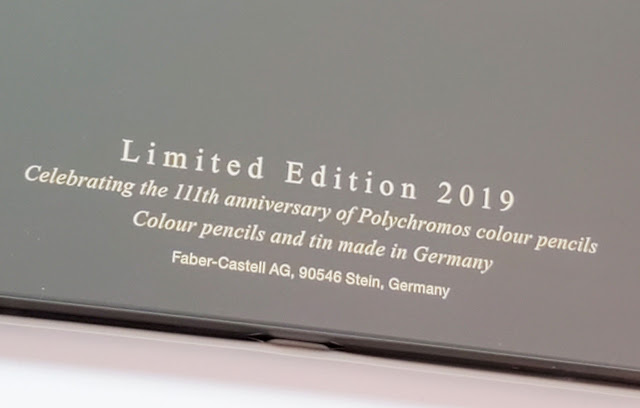