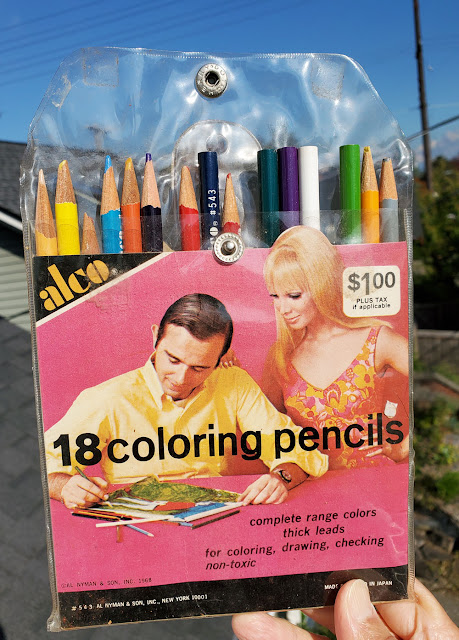 When I spotted this eBay listing a while back, the image on the 1968 package was priceless – but not quite worth the $12.95 asking price. I kept watching it, though, and the price was marked down a few times. Still no takers? I offered three bucks, and my offer was accepted. (I’ve certainly paid more for colored pencils purchased almost entirely for their packaging!)

The best part was when I received the pencils and looked at them closely: Made in Japan! If I’d known I was buying vintage Japanese pencils, I would have offered $4! 😉 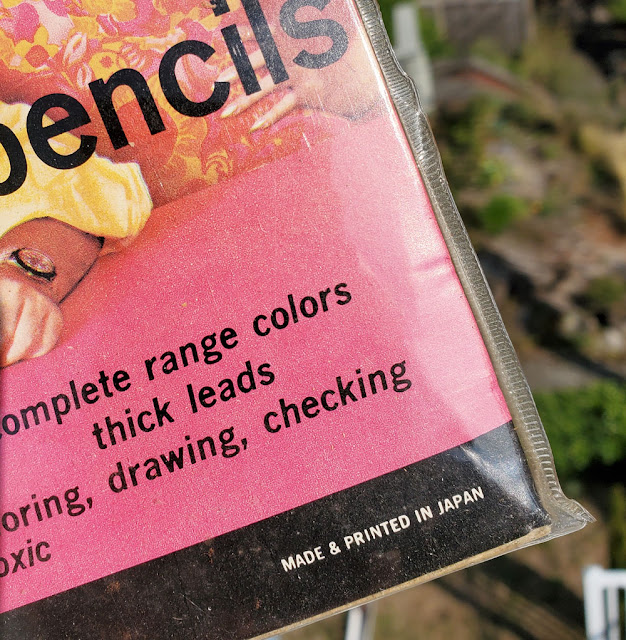 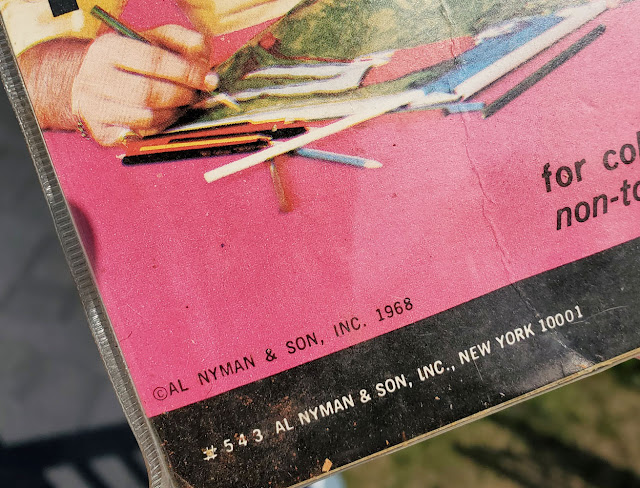