Of all of Seattle’s light rail stations, I probably have the strongest connection to Roosevelt. It’s the closest station to home – about a 15-minute walk – but more significantly, it’s the one that I had the greatest intention of documenting with sketches while it was being built. I had big plans to walk down every few months to document its lengthy progress. In the early years, I sketched whatever heavy equipment I could see, and the cranes got bigger and bigger. But I was frustrated most of the time because the action was concealed by fencing. By the time the best parts of the station were finally revealed, the pandemic kept me from feeling comfortable standing around in the Roosevelt business district.


We all know where the pathway of good intentions leads to.

In any case, I finally got around to sketching Roosevelt Station – the day before it opened to the public. I thought Northgate Station was challenging, but Roosevelt was much worse! Standing across the street so that I could include the bright yellow sculpture and other colorful design elements (not to mention the crane, which is back there working on yet more apartments), I was cowed by the station’s scale, perspective and, well, everything. But it was just a first shot – I’ll certainly have more opportunities to try again.

Walking home, I kicked myself because a more sketchable view is on 12th Northeast north of the station. I made a quick thumbnail to remind me of it next time. (This was a true thumbnail in the traditional sense – a visual note for reference purposes – as opposed to the other kind that I’m making during Inktober that I think of as standalone sketches. I have taken to hashtagging the latter with #snapsketch). 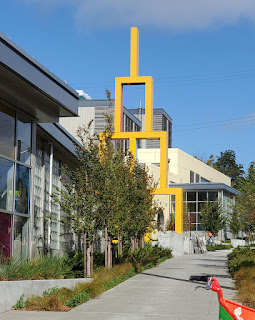 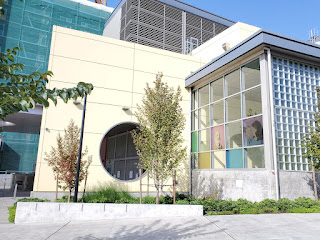 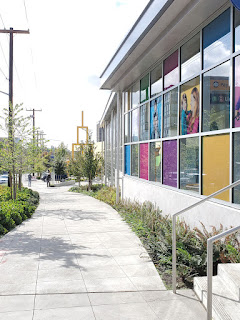 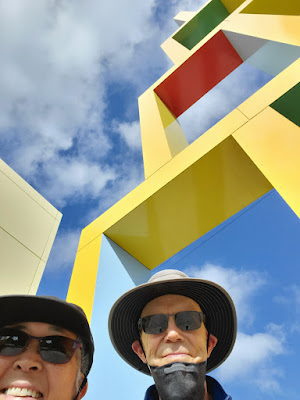