Last of the Critters


These sketches are from the last three lessons in France Van Stone’s crosshatched critters course. They would have been fairly easy if I hadn’t given myself the additional challenge of eyeballing proportions instead of measuring. Although the golden retriever went well without measuring, both the pug and the cow gave me so much trouble that I had to start over with both. I’m going to show here the abandoned initial tries because I learned a lot from them.

With the adorable pug, I realized fairly quickly that the shape of the snout and depth of the head were wrong. I wasted only a few minutes before I scrapped it and started over. (All reference photos provided by France Van Stone.) 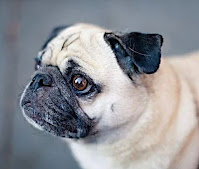 By comparison, I eyeballed the golden retriever’s proportions and features well. I did have some trouble with the Bic pens I had chosen, however. I got a new pack that includes some interesting colors like metallic gold, which is rarely seen in ballpoints. Unfortunately, it’s a bit pale, especially on the yellowish Moleskine I used. When I saw that I was not going to be able to get the darkest values dark enough, I went in with a brown Bic (from the same pack; if you’re curious about my other Bic colors, say no more – a whole post on Bics is coming up!). 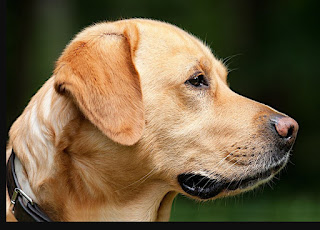 The cow in the last lesson turned out to be the most challenging. I saw early on that important proportions and features were wrong – the eye too close to the center of the face, the snout twisted and pointy, giving it a vaguely deer-like look – and I must have wasted 20 minutes trying to “fix” them. The good news is that by the time I finally abandoned the sketch and started over, I had learned enough about what went wrong that I finished the re-do in 20 minutes. 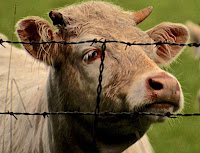 The moral of the story is that the second I see something important is going wrong, I need to abandon immediately and move on to a re-do, because it’s likely that proportional errors can’t be corrected. But the abandoned version is not a total waste because I will have learned what I needed to from it, and the second try will go much faster.

Perhaps a second moral is that measuring is useful; I probably could have saved the most time overall simply by measuring to begin with. Still, I think it’s important and useful to develop my eyeballing skills, which I intend to continue practicing.

I was a little sad to finish the last lesson; I’ve really enjoyed the critters course and looked forward to viewing and then practicing each lesson. I have wanted to learn to crosshatch for a long time, but I knew that the meticulous, time-consuming methods used by many crosshatching artists I admire are just not my style. After working through two courses with France, I learned how to love and appreciate crosshatching in a way that suits my own style (and France’s, when she chooses to; she is also beautifully capable of the meticulous, time-consuming methods). The longer I draw, the more I understand and accept that techniques I learn will only “stick” if they fit in with who I am.