Grounded by the Sky 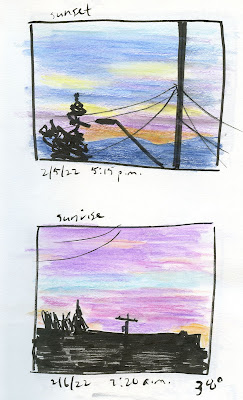 Lately my skyscapitos have been of more sunsets than sunrises. The day will start out foggy or cloudy, but if it doesn’t rain (or snow!), we often get sun breaks by late-afternoon that can result in a lively sunset.

Now that I’m attempting to draw daily from my imagination or memory as my 100 Day Project, some days go by in which the only sketches I make are from my head, not from observation. That feels strange to me, as if I haven’t really drawn yet. I find that if I’ve begun the day with a sketch from imagination but didn’t have an opportunity for an urban sketch that day, I like to end it with a sketch of the sky from observation. To balance a drawing from inside my head with a drawing outside the window is grounding: I’m back in the real world.

From the cartooning workshop I took several months ago, I know that many people draw as regularly as I do, but they do so mainly from their imagination. My classmates, whose sketchbooks were filled with characters they had created, talked about how much more difficult it was for them to draw from observation. I was astonished to learn this, as it is so much the other away around for me. 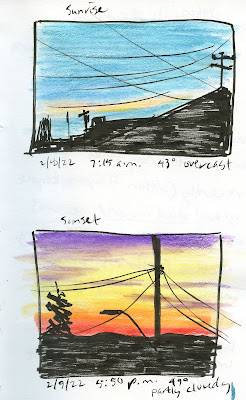 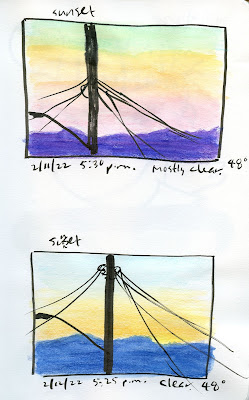 I have been thinking about this ever since: Is it simply a matter of practice and experience? After drawing regularly but almost exclusively from observation for more than a decade, drawing from my mind feels foreign. If I had drawn more from imagination all along, would I be feeling more balanced now? I am endlessly fascinated by the creative learning process. 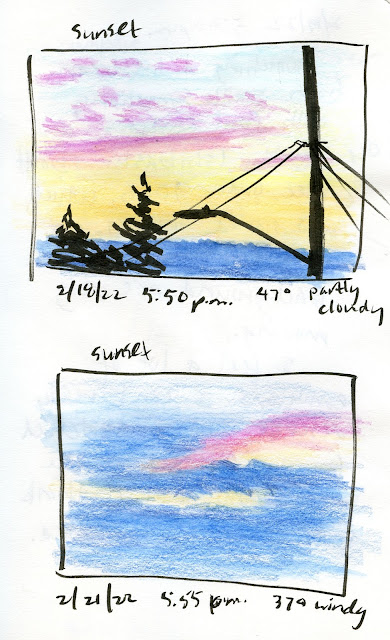