The name ShinHan has crossed my radar only a few times (such as the Touch Liner brush pens and other markers), and I didn’t know anything about the Korean company’s products. Then one day when I was poking around the Blick site, I came across a set of ShinHan Touch Drawing Pencils. It seemed like the right opportunity to learn about ShinHan.

I must admit right up front that I am biased toward Japanese graphite pencils, and if I hadn’t seen that the Touch set was “made in Japan,” I might have hesitated (though unlikely longer than three seconds). The set was in my shopping cart as quickly as you can say “premium, pure cedar wood,” which the pencils are made of, according to the label.

As you’d fully expect from Japanese pencils, the cores are centered within that nicely lacquered cedar, though at $2 per pencil, I’m surprised they don’t have finished ends. Disappointingly, opening the tin did not send me into a sweet, cedar-scented reverie as other pencils have; their scent barely hints at cedar. At first I was put off by the odd grade selection: 4H through 2B step through the usual sequential grades, but the softer grades skip odd numbers: 4B, 6B, 8B and 10B. Since I rarely need grades harder than 2H or even H, I would have preferred the full set of Bs while skipping some Hs. On further thought, however, especially after swatching the pencils, I realized it’s a sensible set. I tend to skip grades anyway, since the difference between a 7B and an 8B or between a 9B and a 10B is barely discernible. In fact, the swatches show that differences between the steps in the H grades are much larger, so it makes sense that all increments are included. 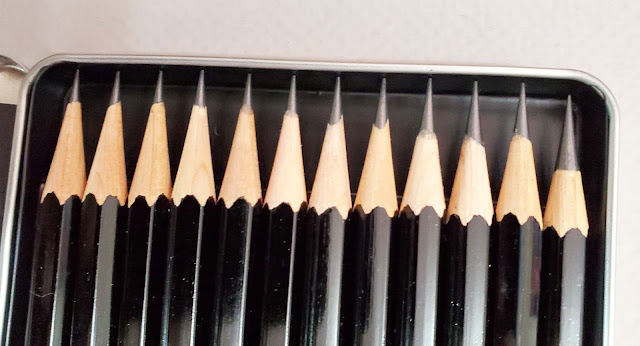 After making the swatches on Strathmore Bristol Smooth and slightly toothy Stonehenge White, I couldn’t resist grabbing my Mitsubishi Hi-Unis as the “control” for this test (yes, I’m annoyed that my 8B has gone missing). Although the grades are similar enough in terms of darkness, they are a mile apart in smoothness. I realize Hi-Unis are hard to beat, but they are also my most familiar drawing pencils, so they do work as a control. (If that doesn’t make sense, it’s a good thing I’m not a scientist.) 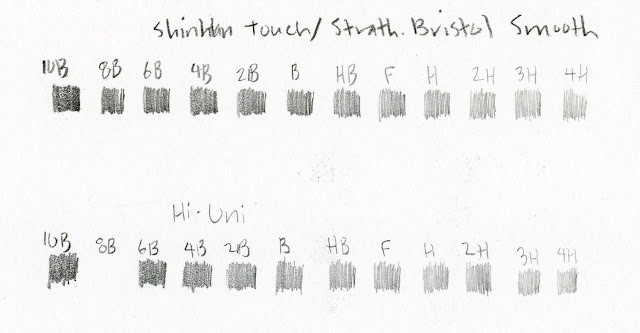 Finally, I picked out a clamshell from Ocean Shores for a test sketch. Using a relatively smooth Stillman & Birn Zeta sketchbook, I started with a ShinHan 3H for the contour and first shading, then continued adding grades H, HB and 2B. I tried to forget about the feel and evaluate the graphite results only, and from that perspective, the Touch pencils are competent. You could certainly do worse. For those who prefer “feedback” from pencils, ShinHan Touch might be a winner.
For my money, though, I’d go for the Kitaboshi Art Set (the same price as ShinHan), which smells better, looks better and is very close to Hi-Uni in smoothness. Heck, for less money per pencil, you can get Hi-Uni! Which are the only pencils I know of that are as smooth as Hi-Uni. ‘Nuff said. 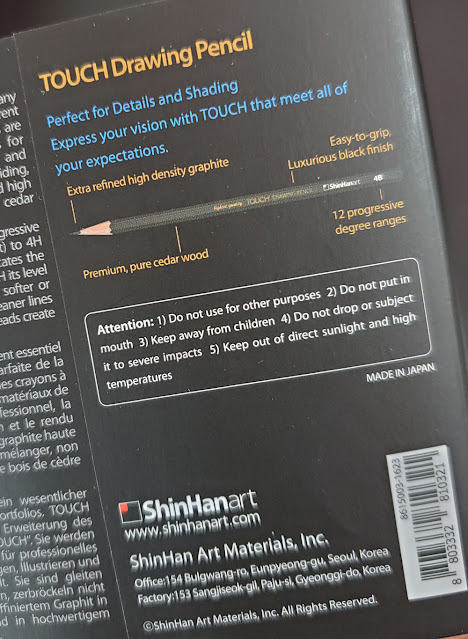 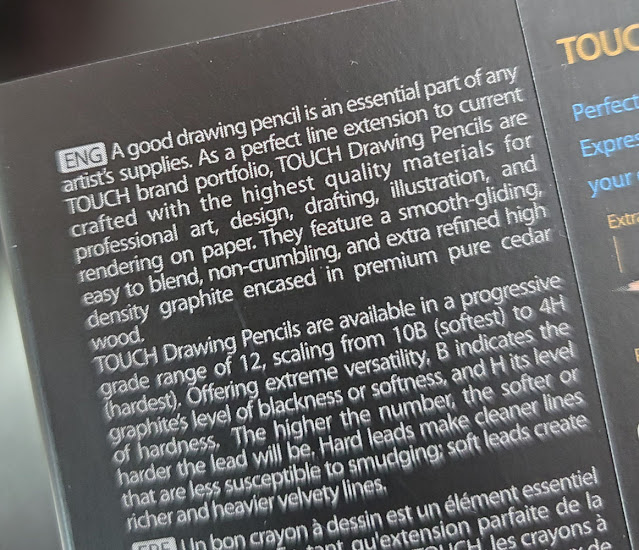 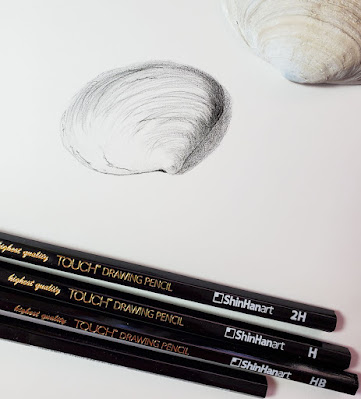