The boxes and tins that contemporary colored pencils are packaged in are generally so utilitarian that I don’t even bother mentioning them in most reviews (unless they are somehow unusual or especially beautiful). Some vintage pencils do come in lovely boxes that are both attractive as well as utilitarian. I believe, though, that this is the first time I purchased an old set of colored pencils strictly for the package: What a beaut!

According to the eBay seller, this set of A.W. Faber Polychromos is from the 1950s. Made in Germany, the pencils look identical to the ones in my other set, which had been used by the original owner in the ‘60s.


While my first set came in a conventional cardboard box (with a design that makes it less than functional), this box is extraordinary.

Tall and narrow, the box is made of thick, sturdy cardboard with a textured fishnet surface. It seems rather special, even for a vintage item. (Perhaps it was a limited edition “gift” item for the holidays?) When the lid is pulled off, the pencils are revealed – each standing in its own slot! Be still, my heart! 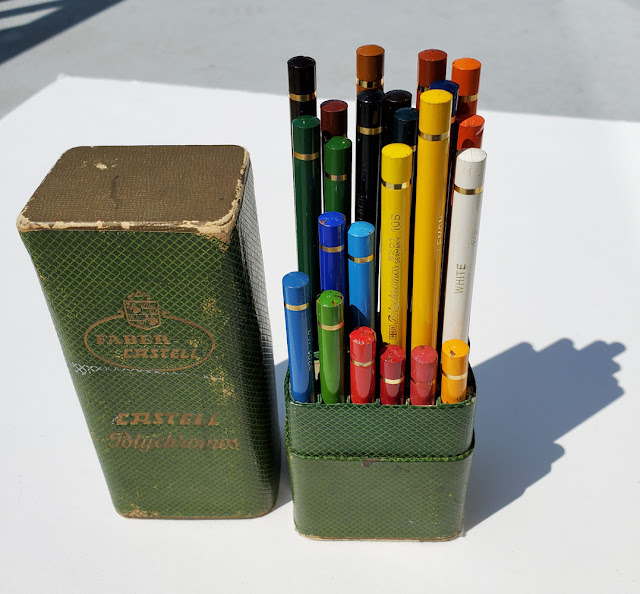 The eBay vendor showed a few images similar to the one above with the lid opened, but what a surprise when I opened it myself: The two sides split apart on a hinge! I’m swooning!


Functional as well as gorgeous, this box is the height of colored pencil storage and display. Sigh . . . if only more pencils came in packages like this. 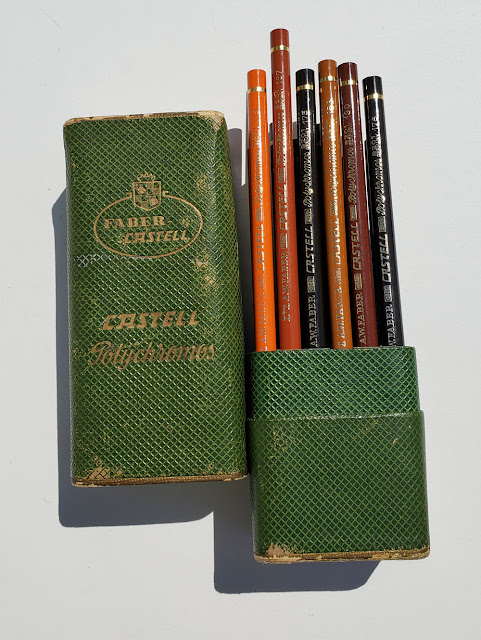 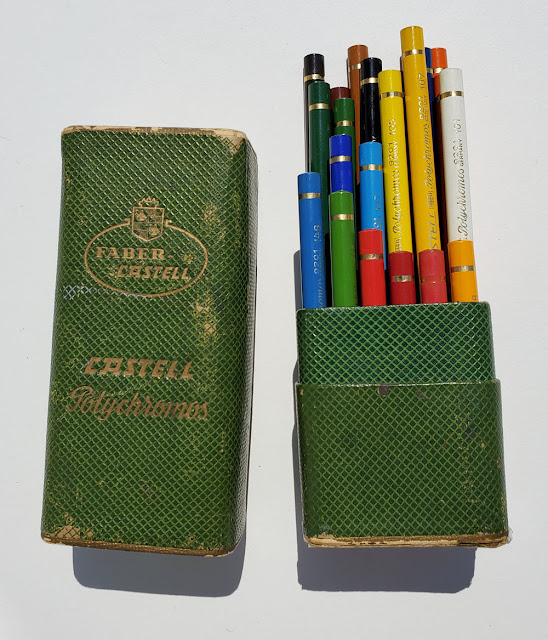