Some of my favorite “notable” pencils have come to me as gifts from generous friends who know I have a thing for colored pencils. This set of Mitsubishi Boxy Turbo Bicolors is not only bicolored (my all-time favorite form for colored pencils) – it’s also vintage!

Marked with the JIS (Japanese Industrial Standards) symbol, which means the pencils were manufactured in 2008 or earlier, the image of the car inside the tin lid is a clear indication that the set is much older than 2008 – it screams of the boxy late ‘80s or ‘90s. A design that’s “approved by Honda”! 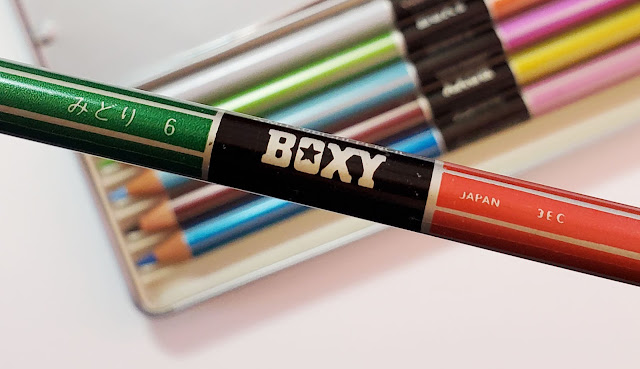