I used to assume that colored pencils were always intended for making art. But since I began collecting vintage colored pencils, I’ve come to realize that in other eras, they had more industrial purposes. Some copyeditors and teachers, of course, probably still use red pencils to mark copy. But at some point, drafters, engineers and other makers of technical diagrams used colored pencils.

Recently a very generous friend in the pencil community gave me a beautiful set of vintage Staedtler Mars Lumochrom pencils. Instead of the typical colorful artwork on the box, the conservative blue tin shows only the Staedtler logo and an icon that clearly represents a technical diagram. Apparently it wasn’t too long ago that drafters still color-coded their work with pencils like these. Lumochrom pencils were in production from 1973 through about 2004. My set is from before 2000. 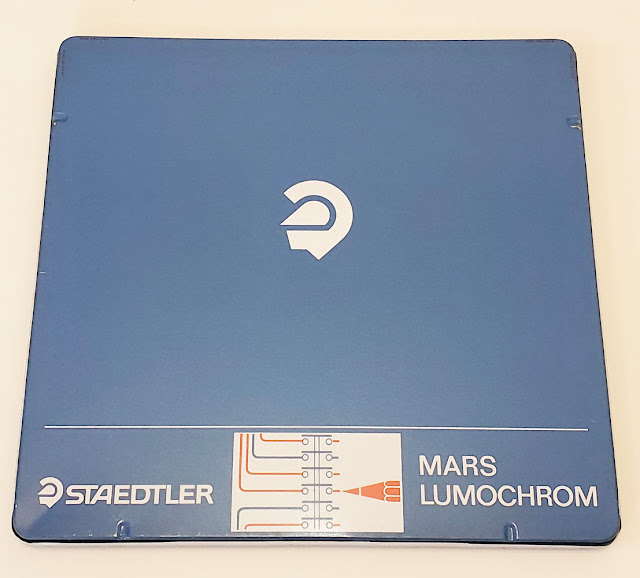 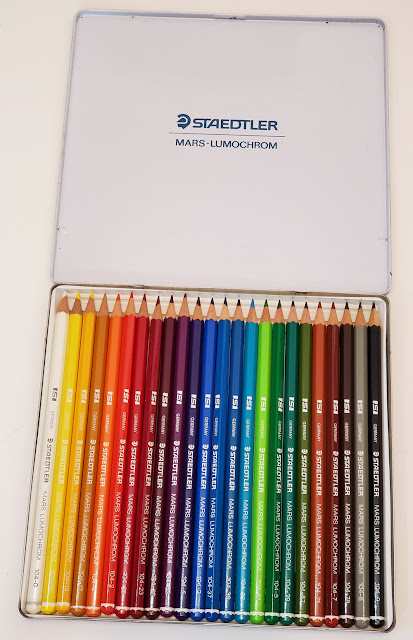 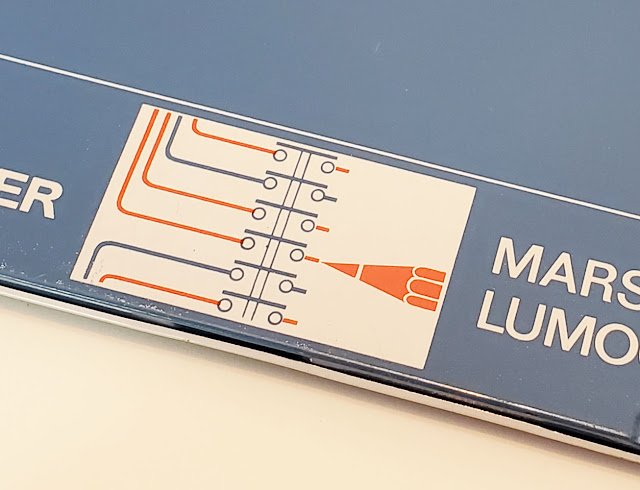 As many older pencils had, the Lumochroms have lovely endcaps. I adore the white scallop – such a nice touch that reminds me of some contemporary Japanese pencils.
My set is printed with branding and color numbers in the right-hand orientation, but my friend included a couple of older Lumochroms with a lefty orientation. I have some vintage Staedtler Mars Polycolor and Stabilo Schwan pencils also with lefty printing, so maybe it was a German thing back then (Staedtler’s modern pencils all have right-handed orientation).
Although I suspected they would be too hard to draw with easily, I gave them a whirl anyway. Indeed, they are very hard – maybe just a smidge softer than vintage Verithin pencils, which are among my picks for colored pencils that are hard enough to write with. The pigment, however, is smooth and transparent, and of course the hard cores are ideal for drawing small details. I’m sure that technical people enjoyed using these to make diagrams and to write with.

(It may seem frivolous to talk about old colored pencils while a deadly virus attacks the globe. But sequestered at home, I find comfort in being surrounded by color and other things that bring me joy. I hope you are staying well and coping in whatever way makes you happy.) 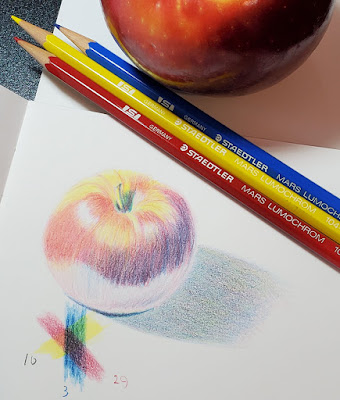