Practicing People of the 21st Century 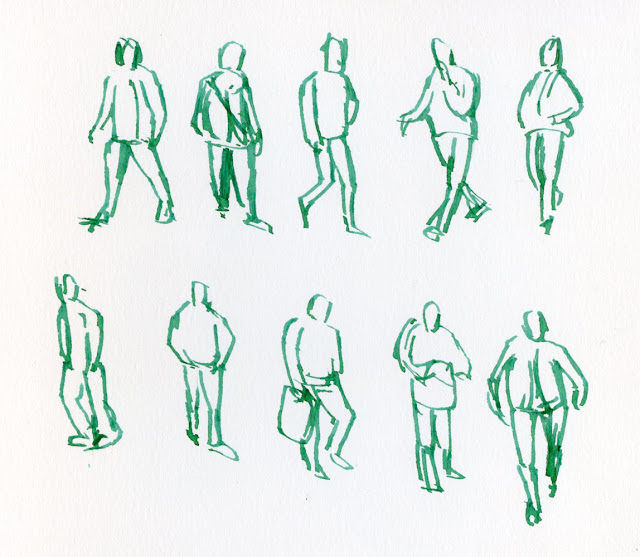 I’ve been jonesin’ for life-drawing practice while Gage Academy is on its long winter break. I try to sketch real-life people whenever I can, but I want a way to practice from home, too. Encouraged by the fun I had sketching from a newspaper photo a few weeks ago, even though I generally avoid it, I decided it wouldn’t be so bad to resort to working from photos if I use the images only as gestures. In other words, I’m not trying to reproduce the photos; I’m viewing them as short poses. I remembered a book I got a few years ago after Ed Harker showed how he was using it to practice drawing people: People of the 21st Century, by Hans Eijkelboom. This fascinating book is a collection of photos taken by Eijkelboom from the ‘90s into the current decade – thousands of people that the photographer has captured on urban streets, mostly in the Netherlands but also elsewhere in Europe, Asia and North America. What makes the book visually interesting is that he has arranged each page into a grid of images based on unifying themes, such as men wearing striped shirts, women wearing pink tanks, people in yellow raincoats, people in blue raincoats, people in fur. Even if you never draw from it, the book is intriguing to look through. 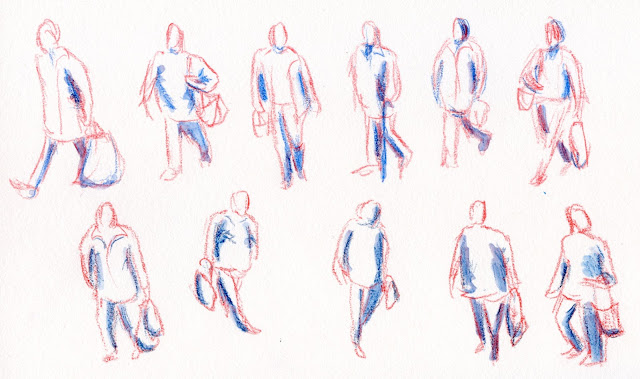 Written by David Carrier, the book’s afterword says (with a quotation from the photographer): “Taken individually, Eijkelboom’s small photographs are as banal as their subjects. He uses repetition to communicate awareness of difference: the closer you look at any page of this book, the more diverse you will find the people who are dressed in similar ways. ‘Everybody has the skills to relate to what is surrounding him,’ he says. But only art shows you how to see clearly this everyday reality, which is right at hand. ‘What is more beautiful,’ he asks, ‘than a human being who tries to be an optimal human?’ He is infatuated with this ordinary world.” 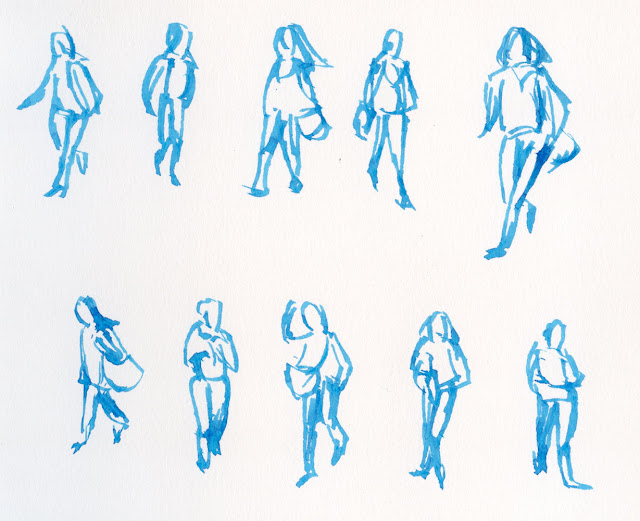 I just flip open to random pages and pretend these people are walking by as I try to capture their poses as quickly as possible. Fun and strangely relaxing! 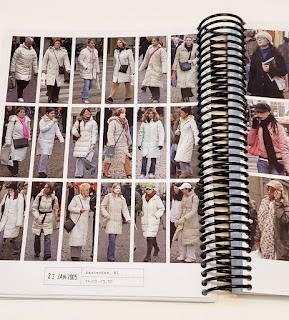 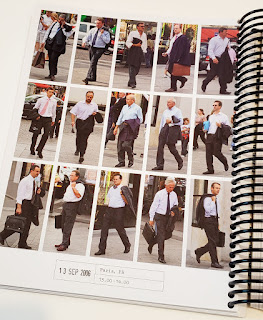 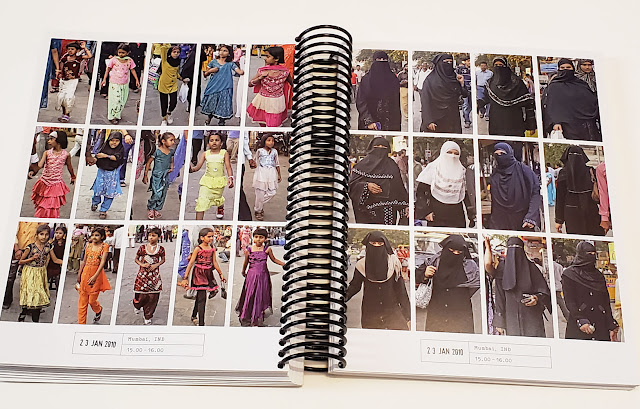 By the way, this is the way the binding on the book looked when I bought it. 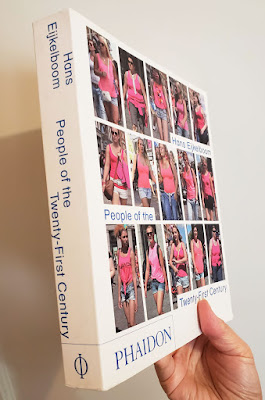 It drove me crazy because it wouldn’t stay open while I was sketching, so I took it to my neighborhood FedEx store. For a few bucks, they chopped off the spine and replaced it with a spiral – best book hack ever.