I finally had some time over a couple of rainy days to make the covers for my Holland sketchbook and bind it. You might recall that I used to hand-bind all my sketchbooks, but I stopped last spring when I started using Stillman & Birn softcovers as my daily-carry. It’s been a relief not to maintain that task anymore, which had become burdensome instead of fun. Going forward, I decided I would hand-bind only my travel sketchbooks. As I’d hoped, putting together this book of my trip to the Netherlands was fun and felt special again instead of routine.

As is my custom for travel sketchbooks, I drew a map of the country on the first page, along with the flag. (The flag of the Netherlands sure was easy compared to Portugal’s last year!) I got the idea for drawing a map as part of a travel sketchbook years ago when I saw that Joel Winstead does that. Adding the flag came from my own embarrassment when I went to Germany in 2013. Seeing several flags flying in front of a building, I realized I didn’t know which was the German flag. From then on, I always research it before traveling (and make sure I take the appropriate colors so I can sketch it when I see it).

Another thing I do whenever my travels include an Urban Sketchers Symposium is to bind the symposium program right into the sketchbook. Coptic stitch is ideal for incorporating any folded stack of paper, such as a brochure.

Wherever I had spaces left on sketchbook pages, I filled them with postcards or other ephemera I picked up along the way. The covers are also made of a collage of maps, postcards and brochures. 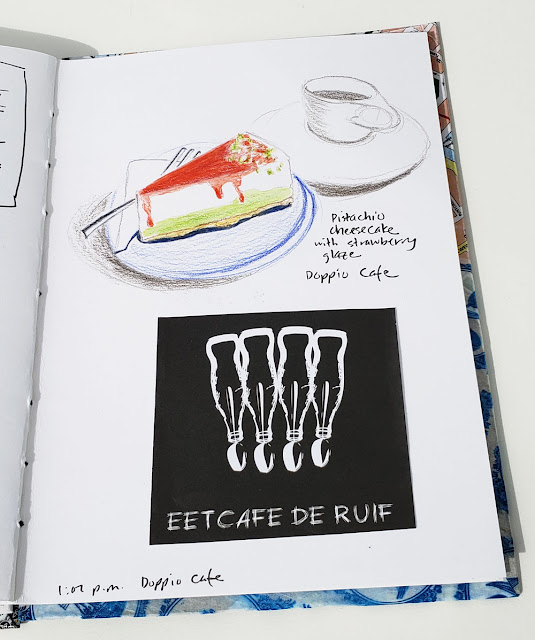 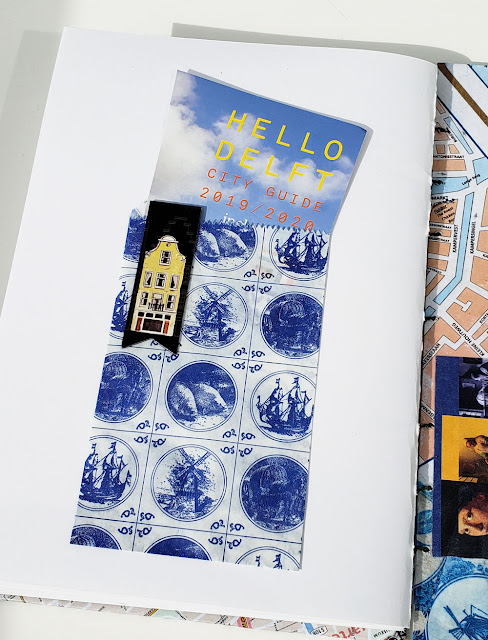 This is probably the thinnest of all my travel sketchbooks from trips of about the same duration (the Amsterdam heatwave took its toll; I made smaller and fewer sketches), but it’s still thick with fond memories.