As you know, my commitment is to draw every day, even if it’s just one sketch. Bill Evans, a studio artist for decades, has one up on me: He makes a dozen quick sketches, usually of people, every day of every year, and he has done so for decades. I took his “Quick Sketch” class today at Gage Academy, thinking that the subject would be just right for urban sketching. While his class instruction was useful, what impressed me most was his disclosure of that one practice. He says that even in the course of one evening, he sees his own sketches improve from the first to the last. A painter as well as a sculptor, Evans firmly believes that strong drawing skills are the basis of all art forms.

Although he didn’t place a time constraint on the “quick” sketch exercises we did in class (which consisted of the students sketching each other), it was clear from his demos that he spends no more than a few minutes per sketch. I tried to stay within that timeframe myself for each of my class sketches (I did 14 in about an hour and a half). Inspired by the examples he showed us, I also tried to emulate his style of being economical of line and shading the background to highlight the contour of a face or head. 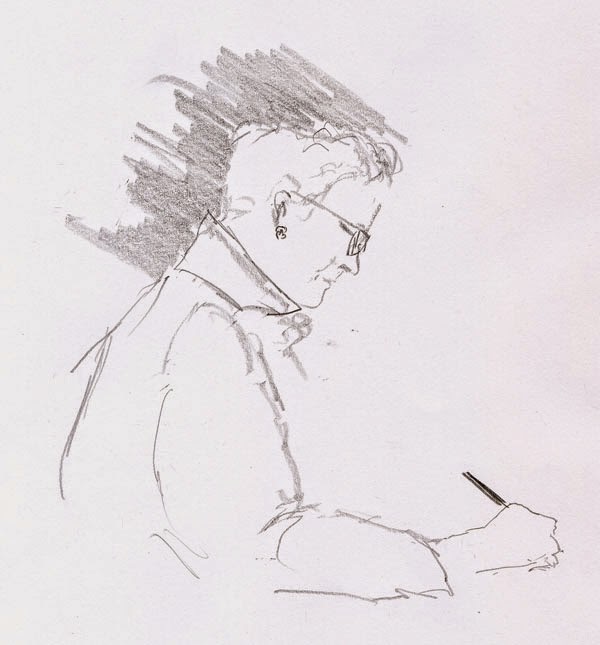 On the supply sheet, we were told to bring 4B graphite pencils and vine charcoal, as well as plain ol’ computer printer paper to draw on. Although I brought along charcoal like the dutiful student that I am, I actually detest using charcoal vehemently, so I left it in my bag untouched. (My dutiful-student streak only runs so far: I’ll bring it, but I won’t use it!) I rarely use graphite to sketch with, either, but I was pleased and surprised by graphite’s expressiveness. I know it’s a favorite for many sketchers; I guess I should try it more often, especially in life drawing.

As for the printer paper: I asked why he uses that instead of a conventional sketchbook, and he apparently prefers the smooth finish and the fact that it’s not bound. (His dozen-sketches-per-day are often done in bars in the evening, and he likes to be able to grab a small stack of paper to take with him.) Personally, I prefer a toothier texture when drawing with graphite. 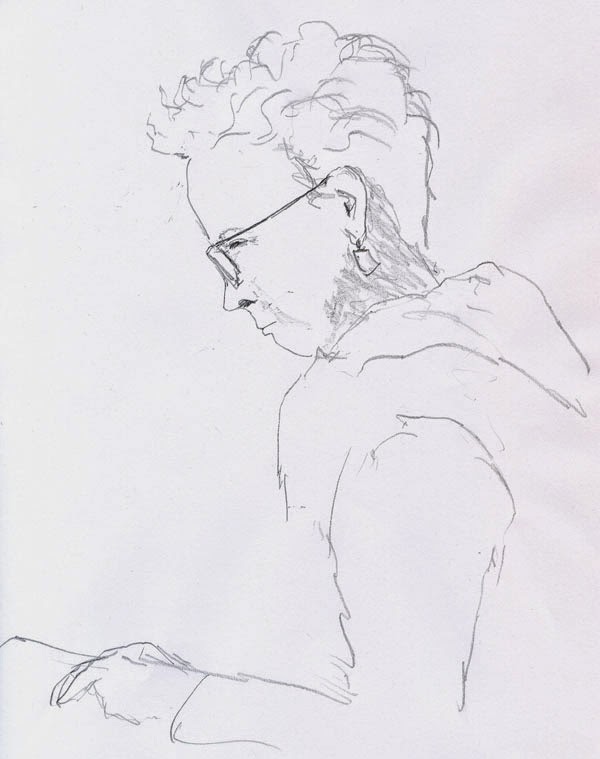 Toward the end of class, Evans demo’d a clay sculpture of a head, during which we were to sketch him at work while he talked about and showed us the proportions of a typical face. As another student said later, it’s almost impossible to both pay attention to information being conveyed while also trying to draw, so I missed most of his lecture. But I enjoyed the opportunity to sketch him at work – it was almost like urban sketching.

Gage offers a number of three-hour “quick start” classes like this each quarter. I like the format – I hope to take more in the future. 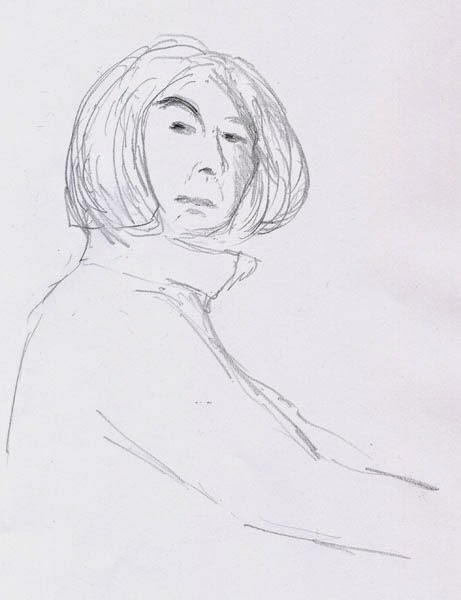 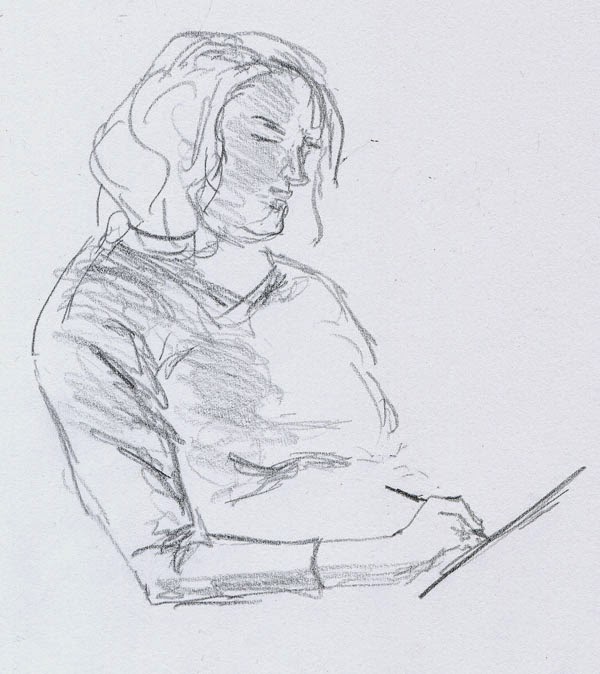 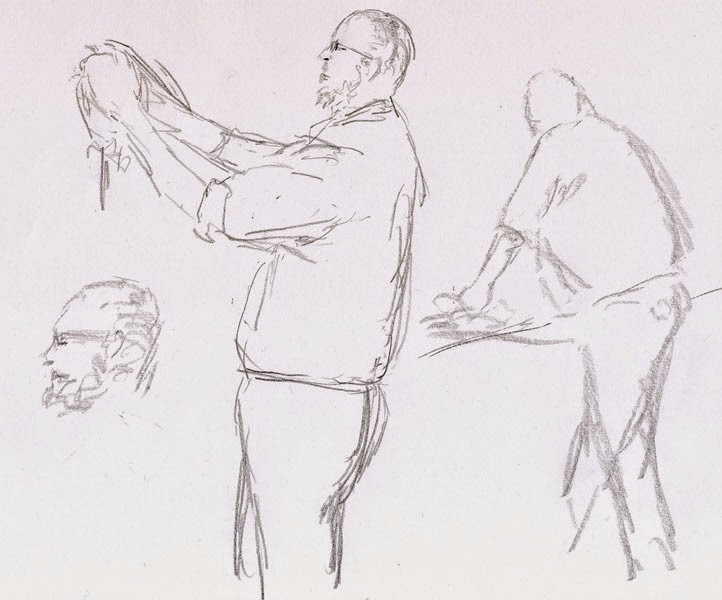 Posted by MiataGrrl at 3:29 PM