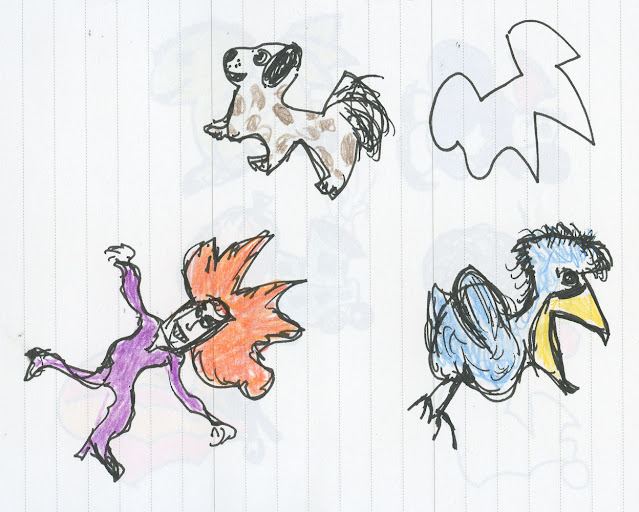 I’ve mentioned occasionally that one of my current goals is to learn to draw more from my head – from memory and imagination. My ultimate purpose in strengthening this skill is not so much about making imaginary works in the sense of fanciful or fantastical stories. It’s more about drawing realistically without as much reliance on the subject being in front of me. I’d like to be able to see something and then be able to draw it later to show someone else what it looked like. The ability to draw from memory would be useful even when drawing from life – to capture the stance or movement of a person after they have left, for example.

Perhaps drawing from memory and drawing from imagination are two different skills that need to be practiced in different ways – I’m not sure. I sort of lump them together in my mind because they seem similar: If I see something and try to draw it later but I can’t recall details, I could fill in with imagined details. And certainly drawing a realistic but imaginary object has basis in things I recall seeing in reality.


I’m practicing memory drawing in my scribble journal by making simple cartoons of my daily life. These sketches are still challenging for me, but I find I am making a greater effort to “memorize” things I see during the day so that I can sketch them later. For example, I often draw a yoga pose I practiced or something I saw while out for a walk (that I didn’t sketch on location).

For truly imaginary drawing, however, I have difficulty even coming up with ways to practice. How is it that I drew from my imagination so freely and easily as a child, yet now it’s an ongoing struggle? In my 20s and 30s, I was a fiction writer, so I must have had some form of imagination then. . . where did it go? Whenever I sit down to draw in this way, I feel like my mind goes blank.

I recently learned an interesting and enjoyable technique that has helped me tap into my visual imagination. Karen Abend’s Sketchbook Revival series of free creativity workshops included a segment by illustrator Alexandra Gabor (you can still see it until April 18). The method that Alexandra taught in “Quick Character Design” was simple yet effective:

First, make random but controlled curved and straight marks that end with a closed shape. She suggested making five strokes. Color in the enclosed areas that result so that all you see are solid shapes. Choose one to work with. 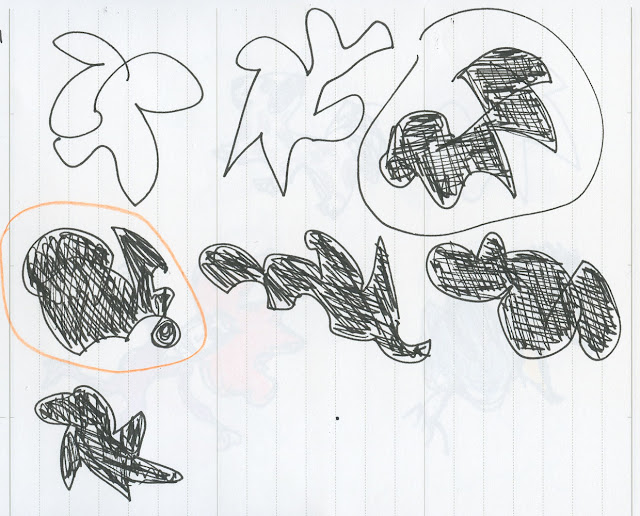 Duplicate the outline of a solid shape several times. Turn the shape into animals, people or whatever you see in the shape. That’s it! 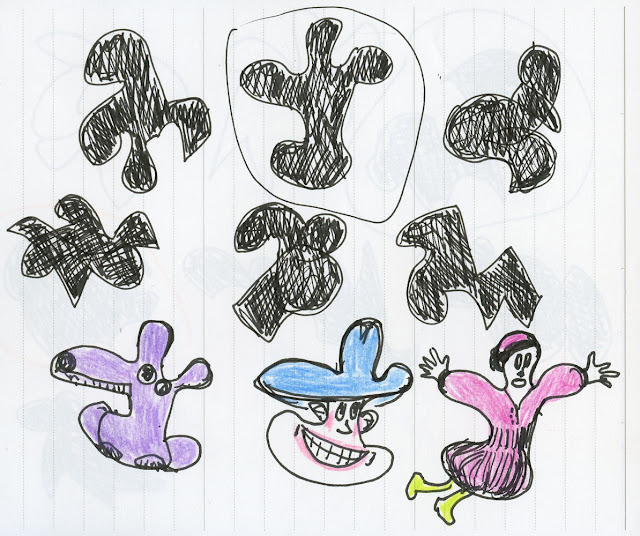 I was surprised and delighted by how easily these “characters” came to me just by turning my paper around and looking at the shapes from various directions. These are fun to draw and more engaging than abstract patterns (which I also enjoy for relaxation in a mindless way).

I don’t have plans to push these fanciful sketches beyond my sketchbook, and I don’t know if this exercise will improve my visual memory, but I’m going to keep making them. I think anything that engages my mind in a playful, novel way will have benefits in other ways. And these are fun! That’s always a benefit, period. 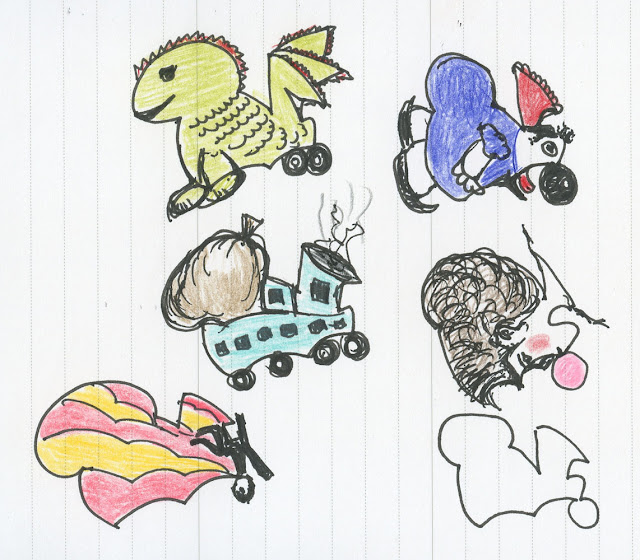