The past four years that I’ve participated in Gage Academy’s Drawing Jam, I thought it was the most fun a sketcher could have while remaining indoors. I was wrong – this year it was more fun than ever!

For their 17th annual event yesterday, Gage made some changes that were major improvements to an already great event. The highly popular costumed models were taken out of the small studio and moved to the large Skinner Auditorium. Since that’s my favorite attraction at the jam, I was thrilled to have a more comfortable space, and the models were up high on scaffolding, making it easier for everyone to see them.

In addition to having live music in the studios as they always do, Gage also brought in more entertainment, such as a local hula dance group and belly dancers. For some artists that meant they could rest, relax and simply enjoy the entertainment between drawing sessions. But of course, the urban sketchers in the room just kept on sketching the entertainment, too!

Somehow I managed to make more sketches than last year even though I spent less time there, and I still had time to see all the art exhibits and even buy a lovely ceramic mug by a local artisan. I wanted to have my portrait sketched in the “Analog Photo Booth,” another new activity, but the line was so long that I decided to have a chocolate croissant instead (they upgraded the pastries). Bigger and better all around! 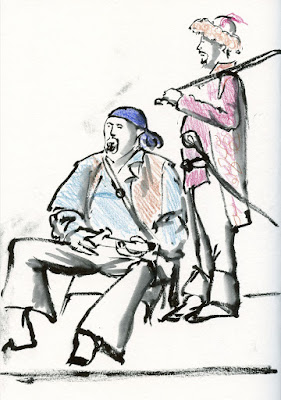 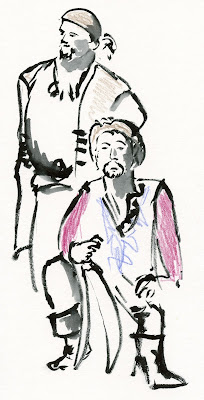 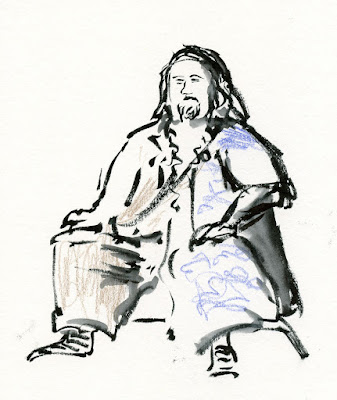 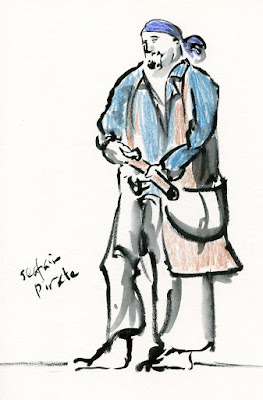 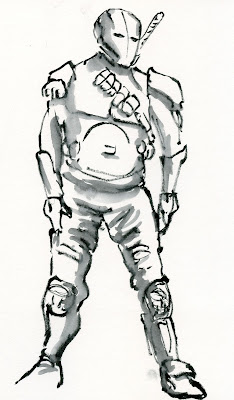 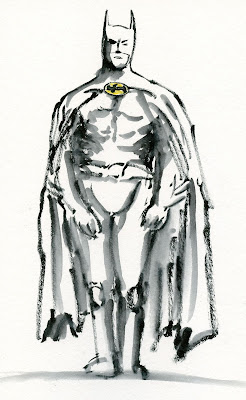 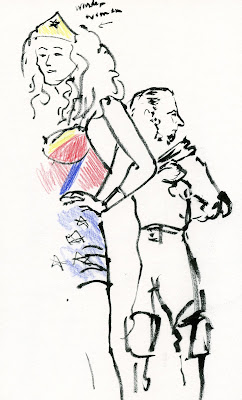 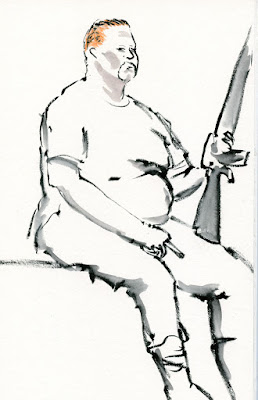 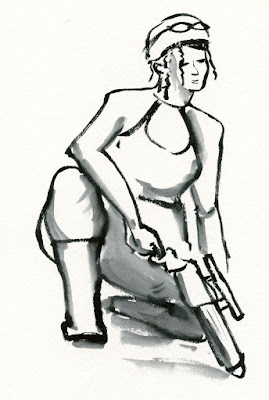 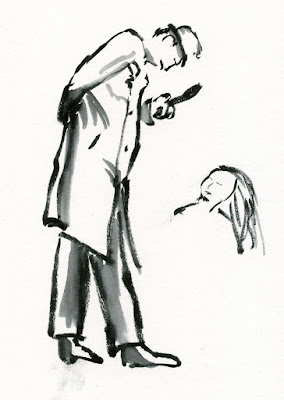 Posted by MiataGrrl at 2:37 PM