A Crush on Sumi


I’m more than halfway through my month of exploring inks. As has happened almost every time I’ve participated in InkTober, I started the month with an intended direction, but I took an interesting detour. I had in mind becoming reacquainted with several fountain pens that I hadn’t used in a while. What I thought was going to be a minor flirtation with Boku-Undo sumi inks has turned into a full-blown crush! I’m quite enamored with how fast it is to make tonal studies using the inks with a white Posca brush pen. Fast, but not easy – not by any means. Watercolor sketchers probably wouldn’t find sumi inks to be much of a stretch, but for me, sumi is one of the most challenging media I’ve tried in a long time. It was exactly the kick in the pants I needed both for my hand series and for my annual ink explorations.

I am bringing out other pens occasionally, though, just to mix it up. This week I inked up my beloved Sailor Naginata Fude de Mannen. On the other end of the price and exoticism spectrum, I pulled out an underrated Bic ballpoint (which I fully explored and came to appreciate during InkTober 2018). So similar to pencil, it was comforting and reassuring to fall back into the comfort zone of slow, meditative strokes.


Incidentally, while I was drawing my hand in ballpoint yesterday, I was listening to an interview with Chicago artist and urban sketcher Don Colley on the Sneaky Artist podcast. I’ve taken workshops from Don a couple of times when he has visited Seattle (most recently in 2017), and he has long been one of my urban sketching heroes, so I was already somewhat familiar with his philosophy of drawing on location. The interview, however, was full of insights about how drawing from life engages us with the activity of life.

“A pen is an extension of your hand,” Don says, and drawing is “an inquiry” about what we are seeing. For him, every drawing made on location – whether it’s a homeless man riding a bus, a Jeep parked at a friend’s house, or the faces of a defendant’s family member during a trial – is social commentary. Telling a story with every sketch, Don is an urban sketcher in every way that I admire most (not to mention an incredible draftsman). If you are interested in urban sketching, give it a listen – it’s well worth your time. 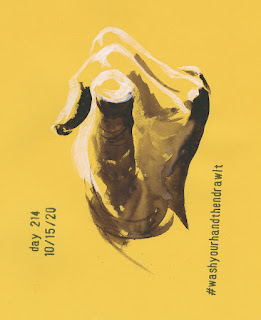 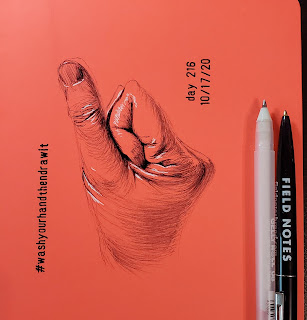