I’m not exactly a big-city virgin. I’ve been to Tokyo, Paris, Barcelona, Rome and L.A., and I took all their urban hustle-bustle with aplomb. London, however, cowed me.

Maybe we chose the wrong parts of town, or maybe it was just the wrong time of year. (Granted, the summer months are always the worst in any tourism-heavy city.) Whatever the reason, I was continually overwhelmed by the incredible noise, crowds and traffic. Our only strategy during our short stay in London was to start out early each day before the throngs arrived and do our best to beat our way through the masses along with the best of them!

At the British Museum, which came highly recommended by everyone I talked to, I chickened out on exhibits altogether. Poking my head into one room, I saw that the artifacts were surrounded by people 10 deep. Instead of fighting my way through, I stayed on the main-floor Great Court all morning. With a sweeping glass ceiling and several sculptures, there was plenty to sketch without going into the main exhibit rooms if I tucked myself into corners away from the masses.

Trying not to get jostled on the sidewalk, I managed a small, quick sketch of the top of Victoria Tower (often mistakenly called Big Ben, which refers only to the chiming clock housed by the tower, I was told by a local) – my only “big attraction” sketch. My happiest sketching moments in London were the small ones: a bagpipes busker near Westminster Abbey; a horse guard surrounded by selfie snappers; a small church we stumbled into on a side street.

We were actually in London twice – once when we first flew in, but only overnight, and then again after Wales for a few days. Two more favorite sketches were from that initial overnight – a huge sculpture inside St. Pancras Station and the outside of the St. Pancras Renaissance Hotel, which was right across the street from our hotel.

From the photos below, you might conclude that we spent a lot of our time in London shopping. I admit, seeing the Selfridges department store was a bit of a thrill (we’re fans of the PBS series, Mr. Selfridge), and I came out with a bag of chocolates (consumable, so they wouldn’t take up space in our luggage!). In addition, the L. Cornelissen “artists’ colourment” shop was pure fun – it reminded me of Sennelier in Paris, crammed full of paints, brushes and paper. All I bought was a few pencils, but it made me long for that kind of real art supply store experience, which is dying away rapidly at home (our own Daniel Smith is among the last). 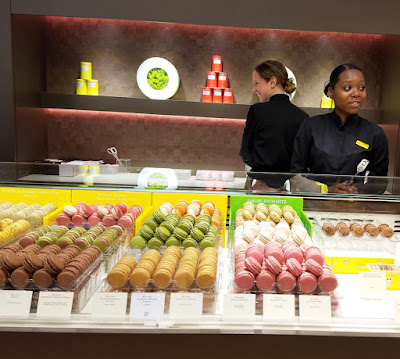 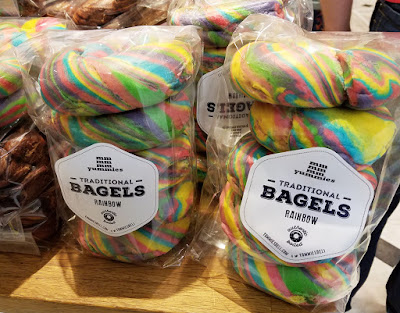 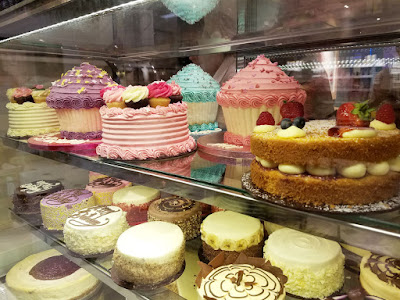 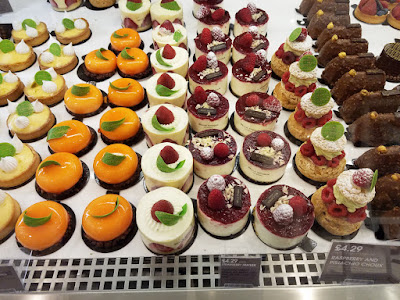