Last weekend I was in L.A. visiting family, which I try to do at least once a year. But what a coincidence: The weekend I chose to visit just happened to be the same weekend as the annual Los Angeles International Pen Show! An uncanny coincidence, indeed. ☺

Held at the Manhattan Beach Marriott, the show was wall-to-wall (mostly fountain) pens, ink, paper and other stationery products as well as a variety of apparently peripherally related products such as pocket knives, cigar humidors and cuff links. (I’ve never figured out why fountain pens are such a male-dominated industry, but as a female in attendance, I was definitely in the minority.) Needless to say, fountain pen eye candy was everywhere! I have never seen so many gorgeous – and expensive – fountain pens at one time.

My intention in attending the L.A. Pen Show, however, had nothing to do with shopping or ogling; I had a sole purpose: research! I was hell-bent on finding a vendor that carried unusual nibs, especially those made by Sailor, that would allow me to give those nibs a try. That vendor turned out to be Classic Fountain Pens, better known online as Nibs.com.

Before visiting his booth, I had met Nibs.com proprietor and nibmeister John Mottishaw at his presentation, “Making a Nib Sing for You.” John talked about how he came to his 20-year career in fine-tuning fountain pen nibs and answered attendees’ questions about fixing troublesome nibs. In some cases, after hearing someone describe a problem, John would put on his super-magnifying eyewear or whip out a jeweler’s loupe to make a nib adjustment on the spot. His wit and sense of humor entertained us. Impressed with John’s knowledge and experience, I left the presentation with a higher regard for the craft in general.

The next day, after spending the first couple of hours blinded by the dazzle of all those pens, I finally stumbled upon Classic Fountain Pens’ booth, where I found what I came to L.A. for (other than my family, of course): Nibs.com offered a huge variety of pen nibs that attendees could try. In addition to most of Sailor’s exotic nibs, samples of John’s own custom nib variations (such as the famed Mottishaw Spencerian grind) were available to test.

At first I did what most other attendees did and simply made a few lines with the various pens. That was fun, but I’ve learned from experience that when it comes to looking for a drawing pen, scribbling and writing aren’t informative. I left for a lunch break, and when I came back, I brought along my sketchbook and a photo of a leopard that I had torn out of a magazine. (Although I hadn’t the forethought to bring along an appropriate photo to sketch from, the one I happened to find turned out to be a useful choice: The leopard’s eyes and markings were a good place to test a nib’s broad strokes, while its whiskers tested fine strokes.) 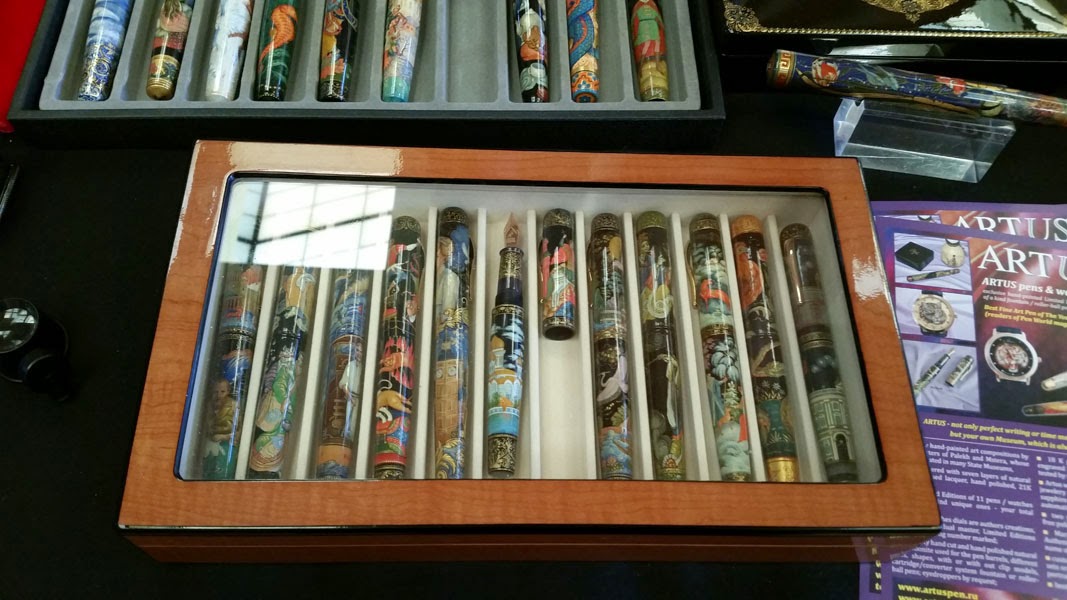 This time, with the staff’s encouraging permission and informative answers to my questions, I sat at Nibs.com’s booth for more than an hour making small sketches with each Sailor nib as well as some of the Mottishaw custom grinds. These nib tests were not only fun; they were immensely illuminating (see all samples at the bottom of this post).

I’d seen (in videos) and read so much about Sailor’s many specialty nibs that I had come to form opinions about their potential appropriateness for sketching without having touched them – and I was surprised by the reality in almost every case. For example, the 21kt gold fude that I have been lusting after for six months didn’t feel quite as smooth as I had expected, at least in some stroke directions (my beloved steel version isn’t the smoothest pen either, but I had somehow expected the gold version to be smoother). A couple of other specialty nibs I hadn’t even considered, such as the King Cobra and Cross Point, blew me away with their varied line widths and smooth operation. Rather than confirming what I thought I knew, the nib tests gave me a whole new set of variables to consider! 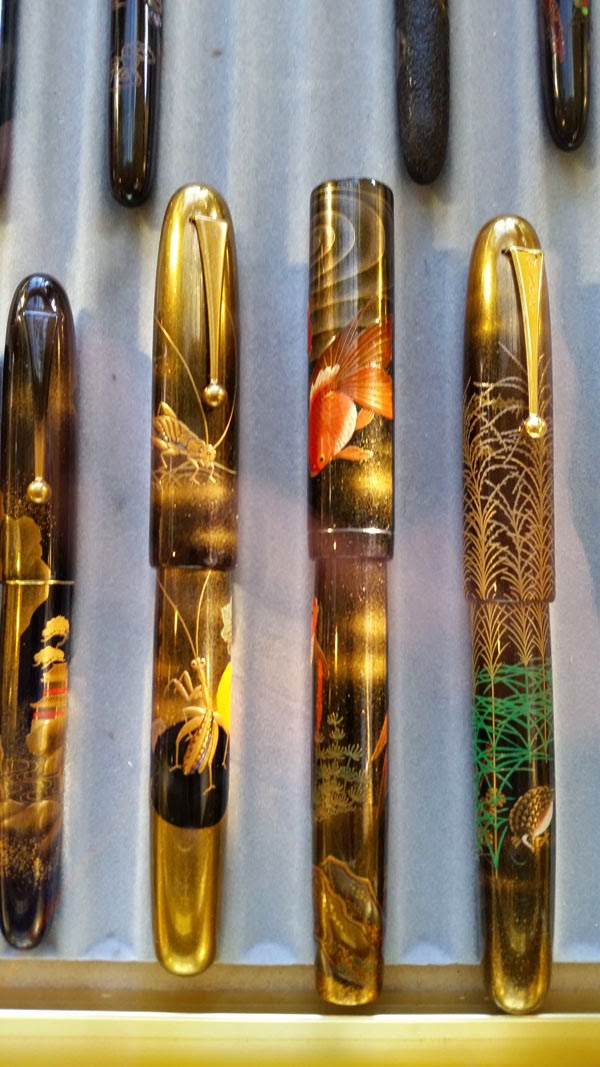 Dying to know what I bought at the show? Amazingly, I managed to leave L.A. without making a single pen purchase. However, Nibs.com is now bookmarked on my browser, and my grail search suddenly has more (and more expensive!) possibilities.

Meanwhile, my epic series continues with the other pens I already own. Stay tuned for the Platinum music nib . . .