When Kate invited Natalie and me to sketch at the Museum of Flight, which was hosting a Star Wars Reads event, I jumped at the chance! After all, how often does one have the opportunity to sketch historic planes and Darth Vader at the same time? Possibly in the same sketch??

It turned out to be a lot more difficult than I had anticipated. The planes stay still, of course, and I’ve had other opportunities to sketch them at the museum during previous visits. But Darth Vader and the other characters kept walking around, and the kids surrounding them at all times would pose for photos for no more than a second or two. Challenging sketching, indeed!

I did manage to capture Princess Leia cutting out Yoda ears for the kids, a few young Jedis practicing their light saber techniques, a Tusken Raider hamming next to the Wright brothers’ plane, and a most impressive R2-D2. “The man behind the curtain,” who built the amazingly realistic ‘droid, would stand at a distance, his hands behind his back discreetly operating R2 with a radio control.

Alas, I never did get a sketch of the elusive Darth Vader, whom I also missed at a previous opportunity. Ah, well – one must have goals. 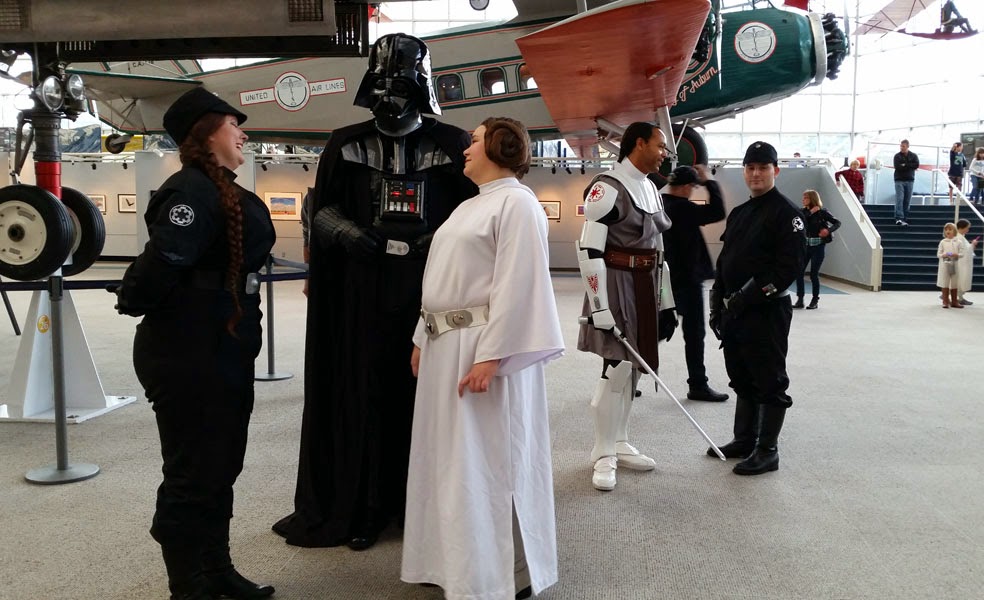 Posted by MiataGrrl at 4:10 PM