What Came After the Before Times 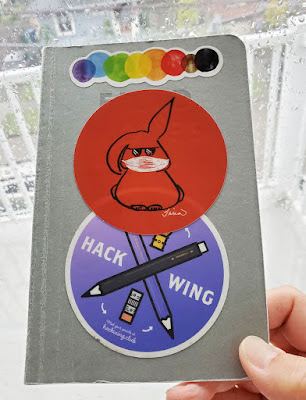 Back in July, I had talked about the first on-location sketchbook I filled during the pandemic. A few days ago, I filled the last page in my small, not-quite-daily-carry Field Notes Signature sketchbook. I don’t usually blog about sketchbooks just because I filled them, but like the one I finished in July, this Signature feels worth noting.

I started it on Dec. 26, 2019, to motivate my walk/sketch fitness program: The “carrot on the end of the stick” for fitness walking during inclement weather would be the opportunity to sketch. When I flip through its early pages, the book served this need well: I see several sketches made near Green Lake where I often walked in the winter, stopping at Starbucks along the way to warm my hands and grab a sketch before walking the rest of the way home.

Randomly, it also contains a sketch I had made during “half time,” as my friend jokingly called it, at an opera we attended in January. (She and I both know nothing about opera, but she had won free tickets and had invited me along.) Imagine attending an opera at McCaw Hall! That seems so far away now, both in time and in concept. We were all so innocent then.

On March 3, 2020, the small sketchbook was in my bag when we shopped at Costco for what turned out to be the last time. When I see the sketch I had made of a few people walking out with their shopping carts, I recall vividly that the toilet paper hoarding had just begun. The store had sold out of one brand, so we had waited with several other customers for a staff member to bring out another brand – and the pile had rapidly disappeared before our eyes.

Eight days later I made my last sketch at Green Lake (after that, I felt it was too crowded for comfort). The rest of the book is filled with sketches made no more than a mile from home in any direction – my current walking route. By June 4, I was utterly thrilled to capture a few gestures of a gardener trimming a hedge – I had so missed sketching people (and still do)!

Before putting away the completed sketchbook, I did what I did in July: I slapped a masked Weather Bunny sticker on the cover. It’s now my ritual for marking sketchbooks I finish during the pandemic. This one, especially, is a poignant documentation of how the “Before Times” changed to the “during.”