The Sailor zoom nib is a strange animal. It’s not temperamental like the Sailor music nib I reviewed last week, nor is it as bold and elegant as the Platinum music nib from the week before. As close to the Sailor fude nib as anything I’ve used, in both line variation and operation, the nib can make a hair-fine line when held nearly perpendicular to the paper that widens gradually as the angle to the paper is narrowed. At my normal writing angle, the line stroke isn’t quite as broad as the Platinum music nib; it’s probably closer to the Sailor’s music (see the skull of Kennewick man, sketched from a photo in the Smithsonian magazine, below). By contrast, the fude held at a normal writing angle renders a slightly finer stroke. At its broadest, it’s close to the fude’s widest line.

Although the motion that the nib requires to change its angle and therefore its line width is somewhat intuitive to me (since I’ve grown accustomed to the fude), it looks more like a “normal” nib (unlike the fude’s dramatically bent tip), so sometimes I forget that I can change its angle while using it. I’m not in love with it, but it’s definitely growing on me. I especially like using it to sketch bare trees, below (see a larger version of this sketch).

One thing I noticed right away is that – unlike the fude or most of the other nibs I’ve tried recently – the zoom’s upside-down stroke is scratchy and unreliable. It seems to be saying, “Don’t hold me upside-down, you idiot – don’t you know how to use a fountain pen properly?” If a nib talks to me, I listen; I don’t use this one upside-down.

On the other hand, I don’t have to. When held in the nearly perpendicular position, the nib produces a very fine line that’s even finer than the fude’s finest upside-down stroke. You can see the finest strokes in the whiskers and hairs on the arctic fox cub sketched from a calendar photo and the man’s hair, below (see a larger version of him at Zoka Coffee).

Here’s the tricky part, though: While the fude’s finest stroke (right-side up or upside-down) is smoothest when going side to side, the zoom’s finest stroke is most pleasantly made on the downstroke. I’m finding that switching from the fude to the zoom is something like getting a new purse: They both work for all the same functions, but I keep forgetting which pocket holds the keys. I’m sure I’d have better results if I stuck with one or the other. (Nearly impossible for a fickle sketcher like me.)

I was pleased to discover that, unlike the Pilot Falcon nib, the zoom seems to put out a normal flow (rather than a fire hose stream), so when I use it with Platinum Carbon ink, I don’t have to worry that it won’t dry by the time I’m ready to use watercolor.

Worth mentioning about the pen’s body: Some call the Sailor 1911 Profit Standard’s cigar-shaped style “classic.” I call it “plain black fountain pen.” It’s clean and sleek, but there’s nothing distinctive about it, and it looks like the plain black fountain pen with a cigar shape that nearly every pen manufacturer has a model of. I didn’t know it before I started this Epic Search, but it turns out that I prefer a slightly larger and heavier pen body, such as the Platinum 3776 (see that review for more comments on this subject).

My Epic Search so far has included the Pilot Falcon, Platinum music, Sailor music and now Sailor zoom nibs. These are all nibs I researched carefully and at length before purchasing. Although I began the series with the statement, “Impulse buying is not something I’m known for,” at some point in my quest, I took a more spontaneous as well as adventurous turn. A few chance threads in the Fountain Pen Network Facebook group opened up a whole new world of “Frankenpen” modifications that began with an incredibly low-priced Jinhao . . . (stay tuned next week).

(Just in case it’s not obvious, unlike many blogs that review fountain pens, my blog has no sponsors or affiliates. Every pen I mention here was purchased by me at retail price.) 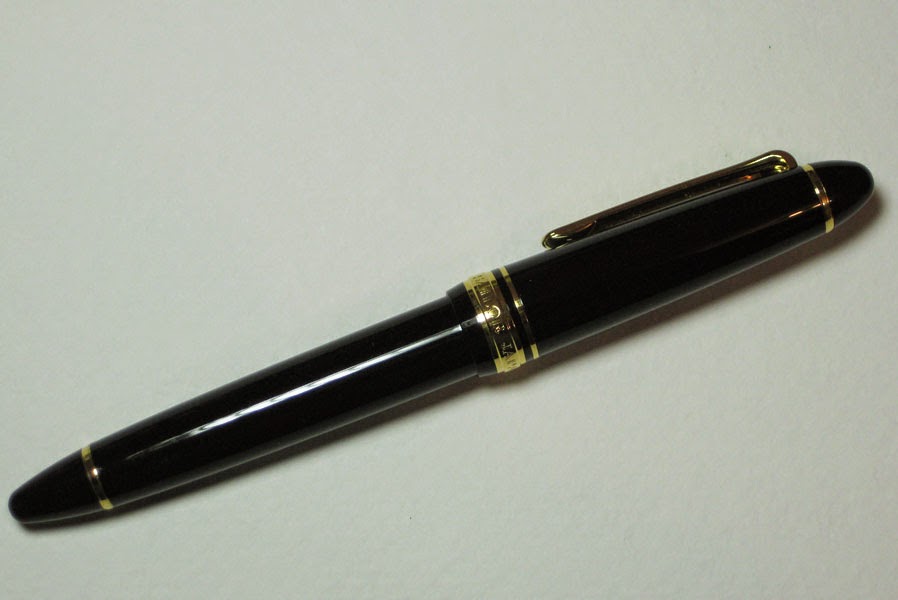 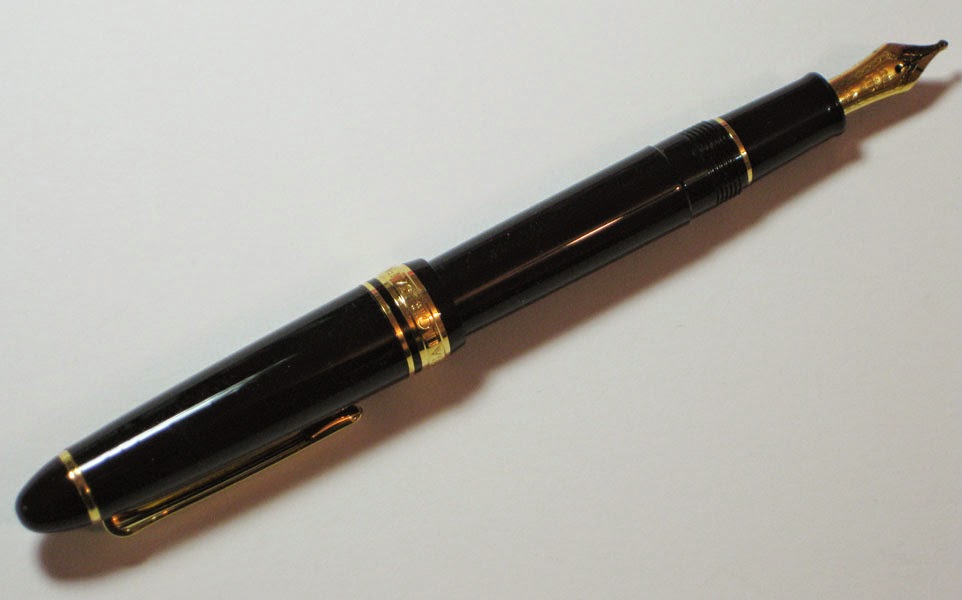 Posted by MiataGrrl at 7:54 AM