Driving up I-5 as my intermittent windshield wipers took care of the drizzle, I was afraid I might be the only sketcher at the Edmonds Classic Car & Motorcycle Show. I was very wrong! Undeterred by the “chance of showers,” a good size group of USk Seattle showed up, and we were even rewarded with a little sunshine in time for the throwdown.

Although a bit smaller than the Greenwood Car Show (which I’ve sketched many times), Edmonds’ show was no less enthusiastic, and oldies music matched the vintage of many classic cars on exhibit. Even Elvis was there, dressed in a bright pink shirt and Hawaiian lei!

I felt a bit wistful sketching the bright red 50s-era Chevy (top of post), not because of the car but because of the maples behind it – just beginning to turn. It’s always hard to let summer go.

Since I don’t sketch in Edmonds often, I took advantage of the opportunity to include some local architecture behind a mint green ’68 Chevy Biscayne – the Edmonds Theater. Built in 1923, this single-screen theater has been owned and operated by the same family for more than 30 years.
After the throwdown, a few of us went to lunch at Las Brisas Mexican restaurant, which conveniently seated us on its patio facing the street. While splitting my burrito with Natalie, I had a great view of a ’71 AMC Javelin. (All of us concurred that even if you’ve had practice sketching contemporary cars, the proportions of vintage cars are especially challenging! They are somehow always longer than they could possibly be.)
Just as I got back into my car, it started pouring and continued raining all the way home. Impeccable timing, USk Seattle! 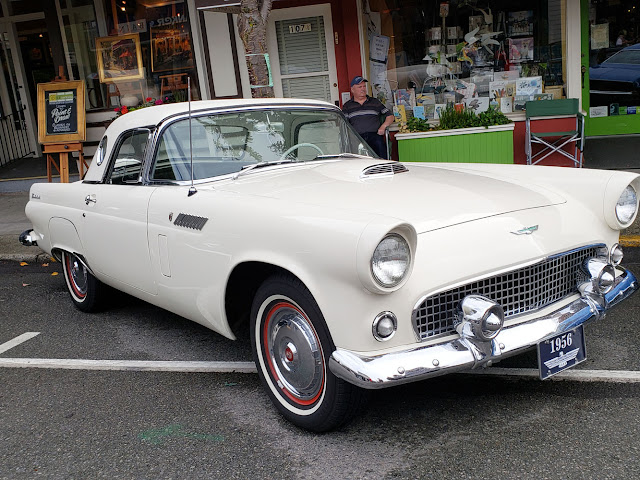 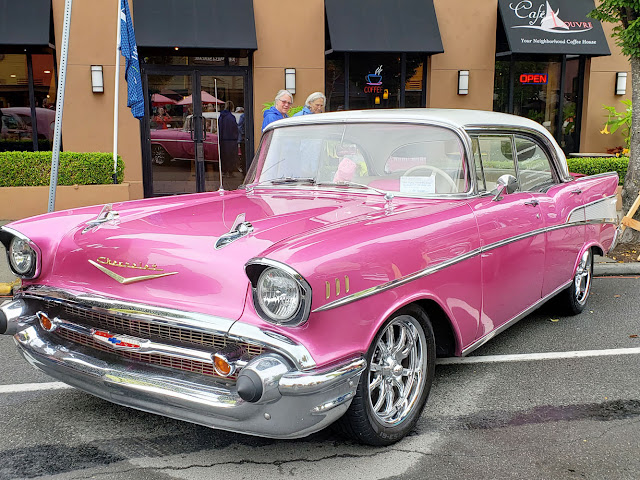