Playing Tourist on the Waterfront

The other day The Seattle Sketcher reported on the reopening of the waterfront where construction of the new seawall had made a huge mess for months. Greg wanted to see the exposed seawall, which will be covered up when construction resumes in the fall, and I just wanted to get out on this beautiful day to play tourist, so we hopped on the bus to downtown.

After walking through the maze of temporary sidewalks and construction barriers and swimming upstream with all the other tourists, we stopped for lunch at Ivar’s. I have fond childhood memories about this local seafood restaurant chain, a Seattle institution since 1938, and its corny TV ads of dancing clams and Captain Ivar Haglund (whose statue I sketched a couple of years ago). But the really fun part about eating there in the summer is dining on their patio, where feeding the gulls is encouraged! Tossing French fries to the gulls, who catch them midair, is as much a tourist attraction as going to the top of the Space Needle (but it’s free and more fun). While others fed the gulls, I sketched them, and when I was done sketching, I fed the gulls. I thought it was only fair, just like I always tip buskers that I sketch. 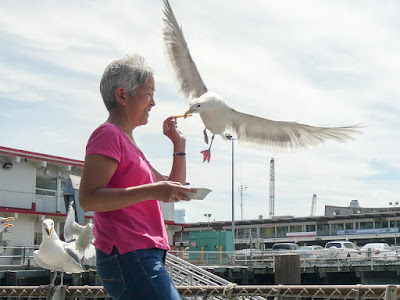 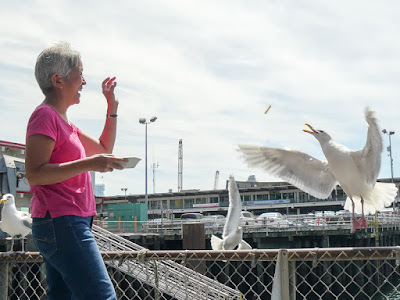 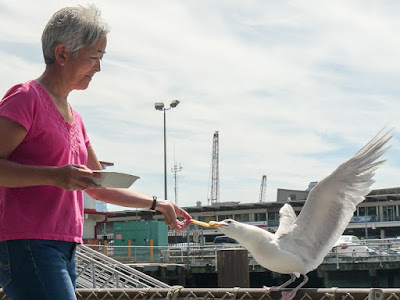 Posted by MiataGrrl at 5:11 PM