Our main itinerary item for this trip was to see the California Coast. In addition to taking the famed 17-Mile Drive from Monterey to Pebble Beach, we drove south on Highway 1 to Big Sur. It was all as scenic and beautiful as we expected. We pulled out at every designated highway stop to take photos and also made longer stops at a few beaches where I could sketch.

Point Lobos State Natural Reserve in Carmel includes a lovely beach where I made the panorama at the top of this post. You’ll note the orangey-green color on the rocks toward the right. I kept seeing these fall-ish colors in the landscape, yet the color wasn’t in the leaves of trees as you’d expect – it was on the ground. At this beach, I finally got close enough to take a photo of the groundcover: It’s a grassy plant with leaves that were turning from green to orange and red. I still have to do some research to find out what it is . . . anyone know? (Edited 10/22/19: Several readers identified this as ice plant! When I Googled for images, it turns out that this succulent has gorgeous magenta-colored blossoms in the summer.)

Spanish Bay Beach along the 17-Mile Drive is a fun little beach where people have taken to building hundreds of small cairns. I recalled Yosemite last year, where I had overheard a hiker ranting about how much he hates it when he hikes in an apparently secluded area and comes across a cairn that someone has made. “Why do people have to show they have been there by piling up rocks??! Leave the rocks alone!” he shouted, as if he could fool himself into believing he was the first human to step foot on a National Park trail were it not for cairns. I suppose humans have always had the impulse to express themselves in some way, and the presence of flat stones provokes the impulse further. I don’t know. I think the cairns are harmless fun.

More harmful are all the luxurious golf links immediately abutting Pebble Beach. The water is apparently littered with thousands and thousands of deteriorating golf balls that are hurting wildlife and the environment.

Further along on the 17-Mile Drive, we had to stop to sketch and photograph The Lone Cypress, whose image has moved people for 250 years. That single Monterey Cypress, standing without brothers high on a cliff over Pebble Beach, has become a local icon. So much so that “A drawing of the tree was registered as Pebble Beach Company's trademark in 1919. The company said the trademark protected not only the logo but also the tree itself,” according to Wikipedia. The tree is, in fact, reinforced with cables and a stone wall.
Though stunningly gorgeous with craggy sea mountains that reminded me of Cannon Beach, our least pleasant beach experience was Pfeiffer Beach in Big Sur. Brutally windy, apparently most of the time, it’s like being sandblasted continually, and the loose, deep sand is difficult to walk in. I was glad I wore glasses to keep the sand out of my eyes, but I would have preferred goggles. When I opened my mouth to talk, my teeth became gritty! Despite that, I found a large rock to partially shelter from the wind to make the sketch below, which probably looks deceptively calm. (Bonus points for watercolor pencils: I bet painters go insane on this beach trying to clean the sand out of their palettes!)
Before I got back into the car, I emptied my shoes; about a cup of sand poured out of each. As we drove, I wiped sand grains out of the corners of my eyes and brushed some out of my hair and ears. Was it worth all of that to get this sketch? Of course!

By contrast, our most luxurious and relaxing experience was what followed: A leisurely, overpriced lunch at world-famous Nepenthe in Big Sur. With outdoor seating 800 feet above the coastline, the restaurant takes no reservations, but arriving around 2 p.m. turned out to be a fortuitous time of day with a relatively short wait. I had settled into the waiting area fully expecting to finish my sketch of the colorful umbrellas and the rolling hillside behind them. But 20 minutes later, we were called, and we were seated right between the red and yellow umbrellas in my sketch. After we finished our beet salads, we decided to prolong our visit with dessert: deep dish apple pie ala mode. I didn’t sketch while we dined because I wanted to enjoy that coastal view, but after we gave up our seats, I moved back to the waiting area to finish my sketch. 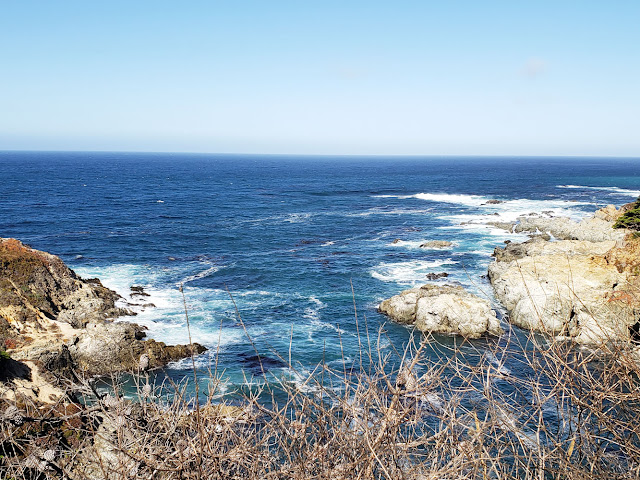 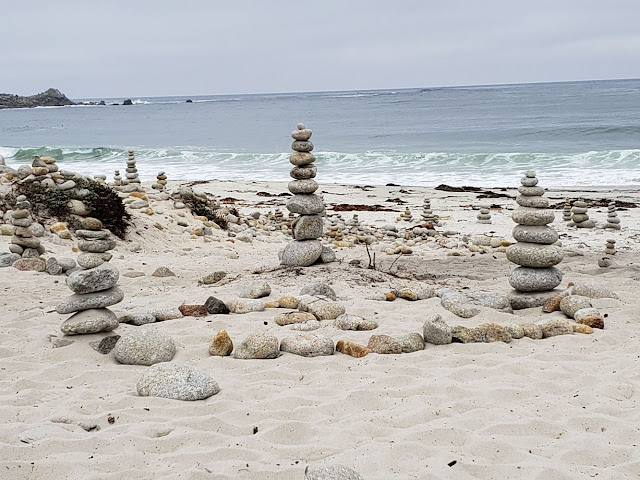 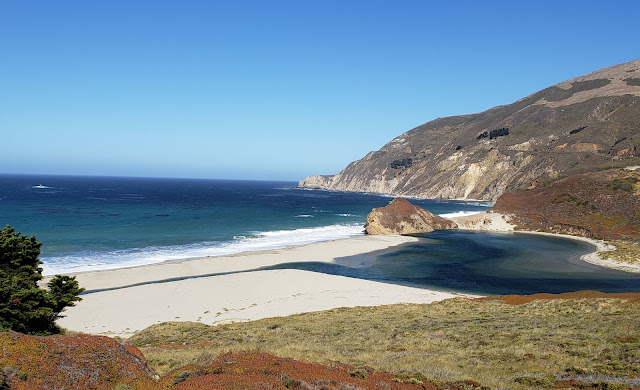 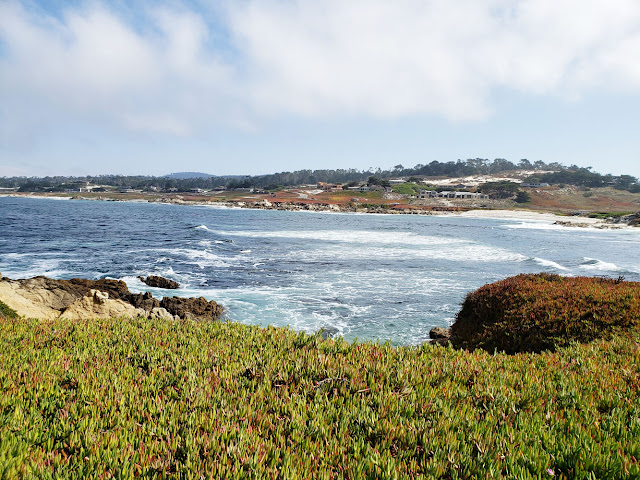 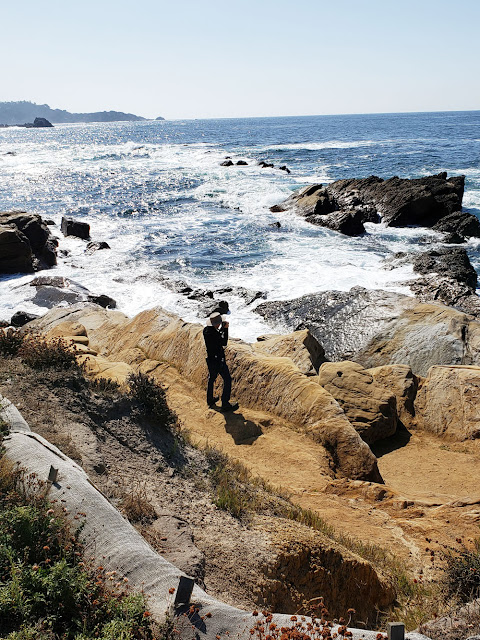