Two Dogs and an Apple Pencil

Lots of people take off the week before new year, so a few days after Christmas, I expected Zoka Coffee to be fairly crowded. I was surprised to find it even less busy than usual – my “victims” were few and far between. I spent quite a bit of time (and several tries, below) on this one guy who was busily writing with his Apple Pencil – his foreshortened arm and the odd angle of his head gave me a lot of trouble.


I was happier with my canine victims – two pups patiently waiting outside for their human to return. 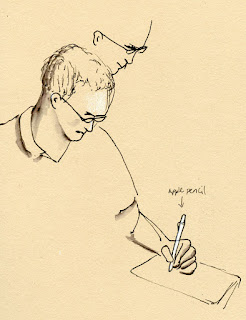 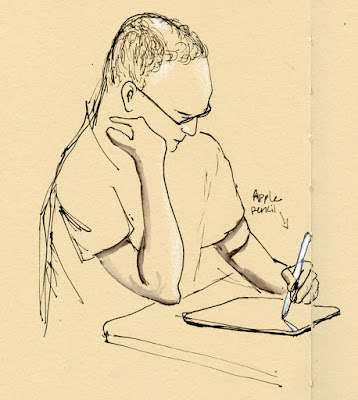 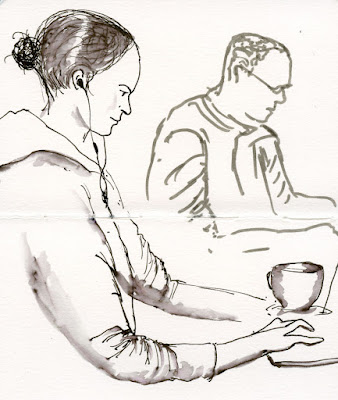